The endless possibilities of smart cities 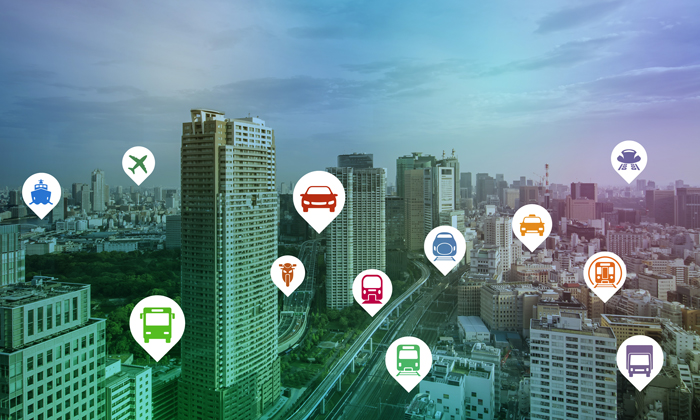 Smart cities are supposed to be where city councils communicate with their residents electronically. However, the project is far wider than that – the object is to be able to communicate with everyone and everything electronically. For instance, let’s say you regularly travel to and from work by both bus and train – the smart city concept would allow you to set up live reminders of the times of your bus and train so you could leave your home exactly on time to catch said bus which will then meet the train so you can complete your journey.

Alternatively, it could let you know about travel problems and advise you on alternative routes of travel and which operator accepts your regular tickets on what alternate routes.

Furthermore, if you drive a car then the likelihood is that smart cities could direct you to the nearest available parking spaces within your specified arrival area.

Another alternative is for foreign travellers who arrive in a strange city not knowing how to use its public transport. I regularly travel across Europe and tend to favour public transport as it gives me an insight into how easy it is to move around. What I cannot often identify is the best type of ticket for my journey and what alternatives are available. It would be great if there was an online access point where I could plan my journey from the airport to my hotel and then onwards to my meeting with times of the transport and the fare to pay. It should even be possible to travel using a smartphone as the ticket with the cost being deducted straight from a credit account. Now that really would be something, especially if it gave me access to every operator’s services via a single ticket.

I could have done with that type of information recently when I visited Hamburg for a meeting. I arrived at the airport and found the tourist information centre who provided a city map and sold me a travel ticket. What I didn’t know was that I really needed a one-day city ticket rather than a single journey ticket, as whilst I travelled outbound by cab, I was travelling back by bus and ferry, which was covered on the city ticket. Whilst not expensive, I still could have saved some money.

Another useful service that smart cities can provide is an early warning of major problems in the city such as terrorist attack, fires and strikes etc, all of which will likely affect the ability of people to travel across the city. As seen in recent attacks, it is critical that city administrations can get information out fast to the widest audience to reduce the possibility of serious problems. I know that some of these services are currently available in some cities in Europe but not in all.

What are the possibilities regarding autonomous vehicles? That is a fascinating question that lots of people want answered. Looking at the potential, I can see a time when I do not own a car but have access to either a ‘pool’ car or to public transport via an app. I decide where I want to go and when and access the booking system online. I am then allocated a car, bus, train or even a mix of all three to get to my destination. Let’s think about this for a moment: I no longer own a car, so do not pay road tax or maintenance costs for that vehicle to sit on my drive, nor do I suffer depreciation on the vehicle.

Let’s have an example of my thinking: I want to go from my house at 5am to travel to an airport two hours away. I make a booking and the car turns up at my front door at 5am, I get in and it drives me to the airport, giving me another two hours to sleep, work or read etc. On arrival at the airport I get out and the car disappears off on its own, so no need to pay car parking charges. When I return, the car is already waiting to pick me up as there is a link to the flight arrival data at the airport. I get in and off we go back home. No stress, no hassle and a single fee for both parts of the journey. Providing the service is national, I can travel anywhere for a single fee, either paid on a daily, weekly, monthly or on-use basis.

What is this going to mean for travel planners and operators of buses and taxis in the long-term? From what I have seen, they are going to have to make some substantial changes to their offerings. For a start if people are prepared to car share then it should be possible to fill a car for every journey during peak times, reducing congestion and emissions. It could also mean that more people will use buses because they know exactly when their bus will arrive at their stop and when they will get to their destination. Obviously, some of this is possible right now but as we get closer to the smart city the whole city infrastructure will be communicating and the live data will be in real time and give me an actual rather than an estimated arrival time. When everything is fully smart it may also give my car/bus priority against other traffic to meet specific timed arrival such as me meeting a train for my onward journey, the possibilities are endless.

Now, to go even further, say that I become too infirm to drive. With smart cities, I can arrange a doctor’s appointment online, book a car to take me there and back, possibly via the pharmacy, all in one action. Alternatively, I may want to go shopping, so I book a car to collect and deliver me to the shops, and I might also book assistance at the shops such as a wheelchair and helper. I am not yet clear if the English travel concession would cover the use of autonomous cars but it might which makes that service free at point of use: I’ll have some of that! Autonomous cars could also utilise resources better in that an autonomous car may be more efficient than a 40-seat single decker running around all day long with only one or two people (or maybe nobody) on board!

Will this happen? Watch this space. As budgets continue to tighten we must explore the most effective way of utilising restricted budgets to do more with.