Public transport companies around the world increasingly rely on secure, protected and highly available communication solutions. This market offers huge potential, and is steadily evolving as communications technology advances. TETRA voice and data communications play a major role in safeguarding public transport networks, and operators who deploy TETRA benefit from its many advantages… 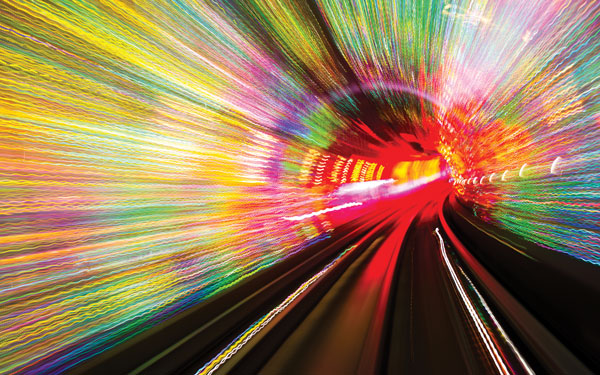 The TETRA standard is highly specified and specifically designed to deliver secure and reliable operation, high scalability, safety against external manipulation and high system availability – all of which make the technology a critical element in maintaining the integrity of public transport and protecting staff and customers. In addition, public transport communications are by their nature deployed in locations where many people congregate, so robust networks are crucial for the provision of continuous communications during emergencies. The emergency services must be able to communicate, and expect a fully redundant, uninterrupted service.

Whether the transport runs on the ground, under it, or both, effective communications mean instant, reliable, two-way communication between drivers and dispatchers, stations and security personnel. Public transport vehicles change network cells frequently, making rapid cell handovers essential. For metro communication, radio coverage is needed in a tunnel: an environment that by its nature limits the movement of radio waves.

TETRA delivers all this capability and more – and at the forefront of its deployment and development are members of the TCCA, the industry organisation for critical communications. TCCA members design, manufacture, deliver, deploy and support innovative solutions for transport. We look at a few examples here.

Bus drivers and controllers can shuttle seamlessly between the Belgian cities of Liège and Verviers since transport operator TEC (Terre En Commun) joined ASTRID, Belgium’s countrywide TETRA-based public safety radio network. The seamless radio connections make changing drivers, controlling schedules and following up in the event of a breakdown much easier. ASTRID has already boosted its coverage to reach across the transport network as far as the Dutch and German borders, as the old analogue system only allowed the controllers to communicate in the downtown area of Liège. The ASTRID network also improves driver safety, thanks to reliable communications throughout the bus routes.

Paris on board with RATP’s radio network

‘Aimer la ville’ says the Régie Autonome des Transports Parisiens’ (RATP) tag-line. From the Seine to the Sorbonne, from Notre Dame to the Musée d’Orsay, RATP helps people in and around Paris love the city, indeed.

More than three billion people each year ride the Paris metro, tram, bus and regional express trains through Paris and the Île-de-France; making the RATP the densest and largest metropolitan transportation system in the world.

RATP also opened up its TETRA network services to other organisations through the ‘Tétracité’ concept, including Paris city police forces and another transport company. Network security is not an issue as the TETRA system’s full Virtual Private Network (VPN) means that RATP and the other organisations can share the network without compromising privacy.

Expert guidance for the Rhine-Ruhr region

Rheinbahn AG is a public transport provider in the German federal state of North Rhine-Westphalia, managing a fleet of more than 700 trains, buses and trams. Via Verkehrsgesellschaft is a public consortium including the three transport companies Duisburger Verkehrsgesellschaft AG, Essener Verkehrs-AG and Mülheimer VerkehrsGesellschaft mbH, operating more than 700 vehicles. Between them, these four companies carry approximately 1.3 million passengers daily in the Rhine-Ruhr region.

Rheinbahn and Via Verkehrsgesellschaft joined forces to source a full guidance and passenger information system. Part of this project involved deploying a new effective communications system for their teams to replace the analogue simulcast systems. Their aim was to improve efficiency, safety and resource management along their transport lines. The result is a new TETRA network, fully integrated into the Incremental Train Control System (ITCS).

Rheinbahn and Via Verkehrsgesellschaft now have a secure communications platform for enterprise users in the German Rhine-Ruhr metropolitan region, enabling them to communicate reliably with staff in buses and trams at all times. With more than 2,000 users involved across four major public transport companies, this is one of the largest telematics projects in German history.

A network to handle increasing demand

Istanbul Ulasim is an affiliate company of Istanbul Metropolitan Municipality, operating the tramway, metro, light-rail, funicular and aerial cable cars in Istanbul, serving more than 1.5 million passengers every day. The number of people using Istanbul’s urban transport is increasing every year, and effective communications across the network are key to ensuring this growth is managed effectively. As part of its ongoing programme of improvement, Istanbul Ulasim migrated its existing conventional analogue radio system to a TETRA communications network capable of managing the demands of 21st century urban travel.

The TETRA network covers Istanbul on both sides of the Bosporus, including the underground section. Istanbul Ulasim operates the transport network through two Command and Control Centres, one on the European side and one on the Asian side of Istanbul.

In addition to reliable voice communication services, public transport operators are looking for a growing number of company-specific data applications such as traffic light systems, operational status updates via on-board computers, and the facility to enable drivers and passengers to send and receive information.

To address this, hybrid networks are beginning to emerge, which integrate broadband (LTE) data applications into TETRA networks. This can offer a cost-efficient and future-proof solution to companies already operating a TETRA network. A hybrid network can transmit telemetry data via TETRA while simultaneously transmitting surveillance camera footage via LTE, thereby helping to ensure the safety of drivers and passengers.

TETRA has been vital for safe transportation systems and emergency service provision since its foundation in 1995, enabling voice communications in challenging environments including underground metro systems and railway tunnels.

Emergency services, and the people they will potentially aid, rely on seamless and ubiquitous communication to keep people safe. However, provision for transport services has proved especially challenging and far more difficult to achieve than providing commercial communications services given the high reliability needed in this sector.

When an incident occurs in the many mobile blackspots situated along railway routes, including tunnels, underground sections of track and rural areas surrounding embankments, using TETRA-based systems allows staff to remain in contact with the outside world and potentially saves lives.

Underground systems in Europe already have a legal requirement to include TETRA technology on all trains. Given its strength in supplying communications in tunnels and in rural areas lacking access to reasonable GSM coverage, the technology is the first choice for all emergency rail communications systems.

In addition to an increased reliability compared to GSM technology, TETRA is able to utilise much lower frequencies to increase the geographical range of voice services improving the cost-effectiveness of the system, especially in rural areas where installing a large number of cellular towers is unviable.

Within tunnels where access to outside RF waves is severely limited, the system can be configured to operate as a ‘one to one’ system enabling direct communication between radio terminals.

The Lainzer Tunnel is an excellent example of an underground track requiring complete coverage provision in an extremely challenging environment. The 12km-long route under the Alps, constructed in 2012, was built with public safety and cellular networks in mind and offers passengers and first responders complete connectivity through its entirety.

Travel authorities in Oslo have also installed coverage solutions for mobile and public safety on the metro network, working with telco Telenor to allow its millions of commuters to stay connected on 86km of track running both under and over Norway’s capital city.

Although limited in its abilities to provide wireless services outside of voice, TETRA remains the first choice for metro networks around the world. As LTE gains traction in public safety services above ground, TETRA will likely remain central for the voice element of first responder communications and provide a rounded and robust back-up to the innovative new services we are likely to see in 2016 and beyond.