It is now common for the majority of citizens around the world to use a contactless smartcard on public transportation networks. The same technology is widely used for granting access to buildings and now for payments. The new revolution comes from the fact that this technology could now be integrated into the smartphone offering a wide range of new services. Claude Tetelin, Chief Technical Officer of CNRFID and Olivier Chavrier, Deputy Managing Director of the SCS Cluster, explain further…

This accelerates and affects many different segments (banking, retail, etc.) where multiple uses cases of this technology are emerging.

In 2002, MasterCard launched the PayPass initiative in the U.S.A. Inclusion of contactless technology in new form factor such as keyfob allowed U.S citizens to pay very quickly in some specific locations such as a fuel station, the cinema, and fast food chains where the speed of transaction is important.

With NFC (Near Field Communications), contactless technology embedded in smartphones brings new possibilities. Many trials are on-going with several large players working together. In 2013, the cities of Nice, Bordeaux, Caen, Lille, Marseille, Paris, Rennes, Strasbourg and Toulouse decided to use contactless technologies combined with smartphones (NFC) in transport.

Benefits for contactless technology for transport and ticketing

According to Eurosmart, there is more than 160 million contactless card and tickets used per year around the world – and this number is still growing.

More recently, the integration of contactless technology within smartphones thanks to NFC offers new possibilities for users such as interactivity, internet connections, reloading of epurse etc., without the need to change or upgrade massively the contactless reading infrastructures.

With NFC, a mobile phone can leverage existing contactless infrastructure and can become a reloadable secured transport ticket as well as a payment card. With a screen to view information, a keyboard and an Internet connection, the NFC mobile terminals have huge potential compared to simple tickets or plastic cards.

Significant trials we can highlight include the ‘O2 Wallet’ payment and transport scheme in London, UK which was launched in late-2007 and was the UK’s first large-scale pilot of NFC technology on mobile phones.

The city of Caen together with Orange and Philips have been road testing NFC technology since 2005 – in an underground park, run by VINCI, or in a bus stop which can transmit timetable information. Bouygues telecom with RATP and SNCF tested a travel card integrated into a mobile phone in a trial covering Paris suburbs. With 15,000 contactless readers and almost two million NAVIGO travel cardholders, the Paris region transit system had one of the most extensive contactless infrastructures in Europe.

Following the field trial in Nice, in 2013 Veolia transport announced a commercial service called B-PASS which enables someone to buy a transport ticket anywhere at any time; you just need to validate your ticket with your mobile phone. The service is even available with a low-battery phone, and also with it switched off. Access to information for a passenger – for example, when is the next bus? – is possible in real-time.

France has been and is still the leading country for smartcard, contactless and secured objects technology. Major worldwide actors in contactless market and technologies are French companies with a decision centre and R&D in France and Europe. For instance:

The majority of these aforementioned leading companies are operating within the SCS Cluster2. They can collaborate with advanced laboratories experts in contactless such as IM2NP (Aix Marseille University), LEAT (Nice University), CNRS, ENMSE, and CEA.

More than 50 innovative R&D projects have been developed with these actors thanks to the SCS Cluster.

In 2013, the French Ministry of Economy launched specific industrial projects around contactless and connected objects.

Opportunities and trends for contactless technology

The opportunities and trends that surround contactless technology include:

The transportation market is ready for a new acceleration. Integration of NFC technology in mobile phones will bring new benefits for end-users: purchasing a transport ticket will be much easier. Anyone will be able to load their transport ticket on a mobile phone in many cities and it is already a successful service in some places. Queuing at a counter will no longer be required, plus the need to handle/carry cash will be a thing of the past. A subway ticket can be loaded directly on a mobile phone with a simple online transaction from anywhere, at any time.

Transport authorities will develop new interactive services for their users. Users can tap advertisement panels or information notices to obtain additional digital content and information. A combination of loyalty services and couponing with transport tickets can be organised.

Furthermore, banks and transport operators are motivated to capitalise on mobile phones to reinforce proximity with the customer. This technology enables banks to offer new attractive solutions for payments of any amount.

The smartphone acts as a Swiss army knife for the user; a single device is capable of multiple uses. Beyond the obvious intuitive use for the end-user, NFC technology offers substantial savings for all players in the transport marketplace.

Contactless technology offers multiple advantages to transport operators and their users. The proliferation of intelligent devices such as mobile phones with contactless technology offers new possibilities to transport operators and is a unique opportunity for them to modernise their infrastructure and to offer advanced new services for their users.

Transport operators may use NFC-powered mobile handsets for close-loop eTicketing solutions. Such a system is often managed on a prepaid basis by the transport operator itself and thus doesn’t require any further financial institution authorisation.

The benefits of NFC technology for individuals include:

The benefits of NFC technology for transport operators include:

An NFC-enabled phone provides passengers with access to the current array of information and services now accessible using internet connection. In addition, using NFC, passengers can instantly download a bus timetable, check fares, or determine a vehicle’s location by touching a phone to a smart poster. Notification of service disruption, coupons for special events and discounted fare prices are information that can also be provided to the customer.

The transit authority in Frankfurt, Germany – RMV (Rhein-Main-Verkehrsverbund) – and the local metro and bus operator – VGF (Verkehrsgesellschaft Frankfurt am Main) – launched an NFC-powered service for Frankfurt’s public transportation in 2010. By using a combination of QR codes and NFC technology, passengers can find real-time schedules, online information about connections, special events or points of interest.

By touching the sticker with an NFC-enabled mobile phone or scanning the QR code, the mobile device instantly knows in which traffic line the customer is located and a web page opens.

In London, UK, Clear Channel positioned advertising signs that customers can read with their NFC smartphone when waiting at a bus stop, on a train station platform, or crossing a busy intersection of a road. When customers interact with these tags there’s the possibility to download vouchers and promotions, as well keeping up-to-date with brands customers may be interested in.

The CNRFID was created by the French Ministry of Economy, Finance and Employment to help in the development of RFID and NFC technology and to increase its usage in order to help both RFID solutions suppliers and RFID users. It aims at encouraging networking, solutions deployment and partnerships between providers, users, research laboratories and institutions and to support them in their different needs and interests. The centre gathers more than 140 French and international members and is widely involved in standardisation committees (ISO, ETSI, CEN). For more information, please visit: www.centrenational-rfid.com.

Claude Tetelin graduated from ISEN-Lille in 1991 and also received his PhD from the University of Lille in France in 1996. After an initial position as Professor of Telecommunications at ISEN-Toulon, a Higher Institute of Electronics and Digital Communications (school of engineers), since December 2008 he has been the Chief Technical Officer of the French RFID National Centre – CNRFID. His main missions are the promotion of best-suited RFID technology with regards to industrial constraints, the deployment of international ISO standards for open loop market development (he is Chairman of the French National Mirror Committee of the ISO/IEC/JTC1/SC31), the promotion of trusted relations between industrials and research laboratories for the development of conformance and performance tests (he is the Project Editor of different ISO conformance and performance standards).

Olivier Chavrier is Deputy Managing Director of the SCS Cluster. He has more than 20 years of professional experience in the technology sector at various positions including sales, marketing and business unit management. Olivier has worked in the semiconductor market for Hewlett-Packard and NEC Electronics, then in mobile telecommunications for France Telecom Mobiles and has strongly contributed to the development and growth of the Identity & Security business of Gemplus until the merger of Gemplus with Axalto. Olivier is an Electronics Engineer from CPE Lyon and graduated with an Executive MBA from EM Lyon & Cranfield School of Management (UK). 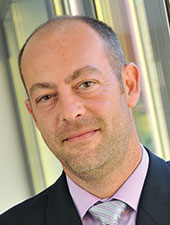 Payments can be complex, but Elavon made them easy for Translink