An on-demand public transport trial in New Zealand’s capital city was inspired by the community and a local council unafraid to innovate, writes Greater Wellington’s Ben Robinson Drawbridge, as he provides Intelligent Transport with exclusive insight into the project. 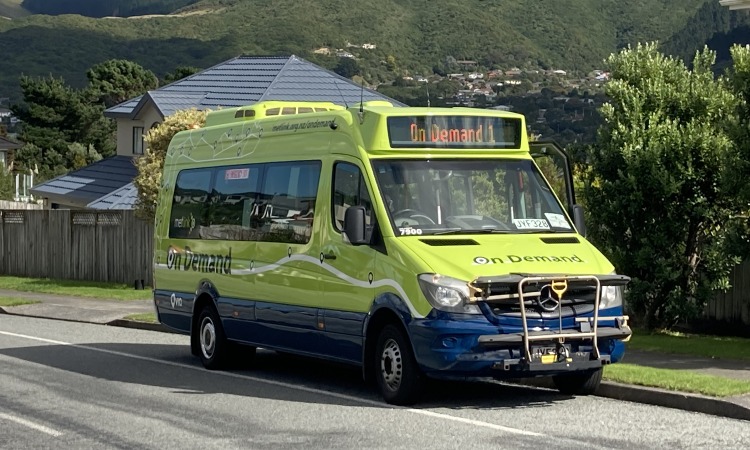 Metlink contracts private operators to provide 38 million rail, bus and ferry journeys each year for the region’s half-a-million inhabitants. Many have glorious views from hillside homes, accessed by narrow, winding roads that buses struggle to navigate.

In Tawa, hillside dwellings continue to multiply up and away from the suburb’s central valley – a spine through which Metlink rail services regularly run commuters to work in central Wellington. But, without a bus service to get to Tawa’s railway stations, hill dwellers had to walk or drive down to catch the train. Others drove on to the central city, having found station carparks full, burning fossil fuel that Greater Wellington is working hard to remove from the Metlink fleet and reduce reliance on across the region.

Metlink moves with the times

Seeking a solution, the Tawa Community Board saw the success of New Zealand’s first on-demand public transport service in the South Island’s Timaru1. The town’s 50,000 inhabitants were underutilising their bus service, which was replaced with shuttles hailed on-line. The Board championed the idea of bringing a similar system to Tawa.

Charged by a carbon conscious council with achieving a 45 per cent increase in journeys to work on public transport, Metlink was looking for new ways to connect commuters with its services and reduce the number of cars clogging the capital”

“Local residents had been asking for better public transport for unserved hillside areas,” Board Chairperson Robyn Parkinson said. “The board made pushing for this a priority and is excited to have worked closely with Metlink on the new on-demand service. Several board members have been among the enthusiastic testers leading up to the trial launch.”

Talk of on-demand innovation had been bubbling at Metlink as an option to change commuter behaviour. Charged by a carbon conscious council with achieving a 45 per cent increase in journeys to work on public transport, Metlink was looking for new ways to connect commuters with its services and reduce the number of cars clogging the capital. With app-based private transport like Uber well patronised in Wellington, Metlink saw a window of opportunity. 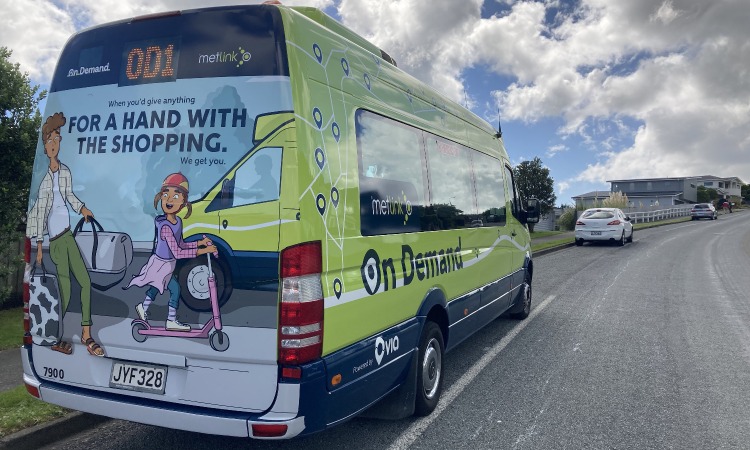 Inspiring modal shift requires thinking outside of our traditional suite of services in order to connect new users with those services. That’s why we’re… trialling on-demand technology”

“We knew that people in our region were accustomed to ordering and paying for taxis with their mobile devices,” said Metlink’s General Manager, Samantha Gain. “So, why not public transport as well? Inspiring modal shift requires thinking outside of our traditional suite of services in order to connect new users with those services. That’s why we’re installing bicycle parking facilities at our stations, and that’s why we’re trialling on-demand technology.”

With interest in running an on-demand service shown by the Transdev-owned Metlink operator Mana Newlands Coachlines, planning for the one-year trial in Tawa got underway. It had to be funded entirely by Greater Wellington, as only permanent Metlink services are subsidised by the New Zealand government. This required the conviction of councillors; in particular, Transport Committee Chair, Roger Blakeley.

“We had to be brave and move with the times,” said Councillor Blakeley. “The Metlink On Demand trial demonstrates our commitment to developing an intelligent, accessible and integrated public transport network that better serves commuters in the Wellington region.”

Listening to the community

To bring the trial in on-time and on budget, Metlink’s Principal Strategy Advisor and project lead, Craig Fairhall, needed to think creatively.

“We purchased five second-hand Mercedes Sprinter minivans from a public transport operator in Christchurch,” Fairhall said. “Owning the vehicles enabled us to stand the trial up quickly. The Sprinters can handle the hillsides, they have the right capacity and are wheelchair accessible.”

With the Sprinters leased to Mana Newlands to operate the trial, Metlink’s Customer Journey Advisor, Stephen Hay, was sent to Timaru to ascertain how customers had adapted to on-demand public transport.

“Seeing how Timaru customers had embraced their service gave us confidence to emulate it in Tawa,” said Hay. “My role then evolved to engaging with the Tawa community to ensure that the suburb was ready.”

The response to the proposed trial was “overwhelmingly positive”, according to Hay, who gauged interest though Tawa community organisations, including residents and business associations.

“After explaining to these groups how the trial would work, they then disseminated the information throughout their local networks. The feedback at the drop-in meetings we hosted was overwhelmingly positive.

“Local businesses were eager to help us distribute marketing material. Many were struggling because of COVID, and they realised the service would bring customers down from the hills to go shopping,” Hay added.

The pandemic had also reduced public transport patronage, but preparation for the trial was pushed ahead. Launch date was postponed by two months, however, as COVID-19 circulated within the community. 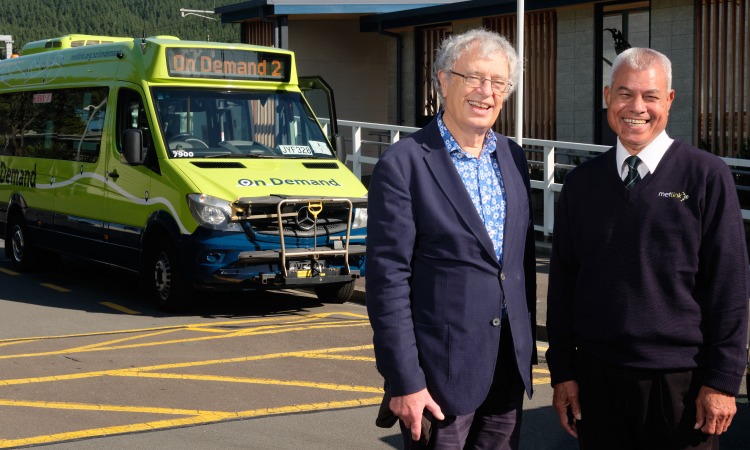 About 80 customers each day were using the service by July 2022, two months after launch. By the end of the 12-month trial, Metlink expects that number will reach service capacity of 240 each day”

“We couldn’t let COVID stifle innovation,” Fairhall said. “We see on-demand public transport as the way of the future, so we have to prepare for a post-COVID world. In some ways, reduced patronage helped us to bed in the trial and iron out teething issues. Not only did it give our drivers space to practise looking after our accessibility passengers, it gave them time to adapt to the technology as our customer base grew.”

Using the free-to-download Metlink On Demand2 mobile phone app, which was designed by Via, about 80 customers each day were using the service by July 2022, two months after launch. By the end of the 12-month trial, Metlink expects that number will reach service capacity of 240 each day.

“We’re confident that we can optimise patronage by responding to customer demand,” Gain said. “That’s how we’ll earn central government funding to make Metlink On Demand a permanent service in Tawa. In response to feedback, the trial will soon evolve to service new locations, including Kenepuru Hospital in nearby Porirua.”

If made permanent, the Metlink On Demand fleet will have to be replaced with electric vehicles”

If made permanent, the Metlink On Demand fleet will have to be replaced with electric vehicles, possibly freeing up the diesel Sprinters for an on-demand trial elsewhere.

“We are looking for ways to bridge gaps between public transport hubs, isolated suburbs and sparsely populated areas,” Councillor Blakeley said. “On Demand could be a game changer for the Wellington region. We’ll take what we learn from the Tawa trial with a view to piloting similar services elsewhere.” 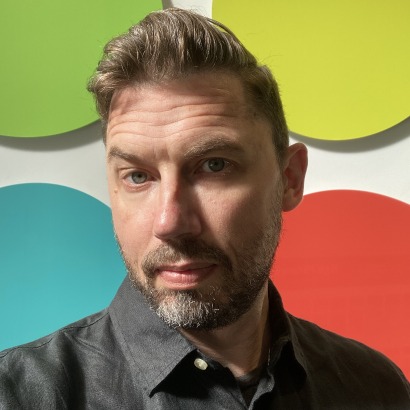