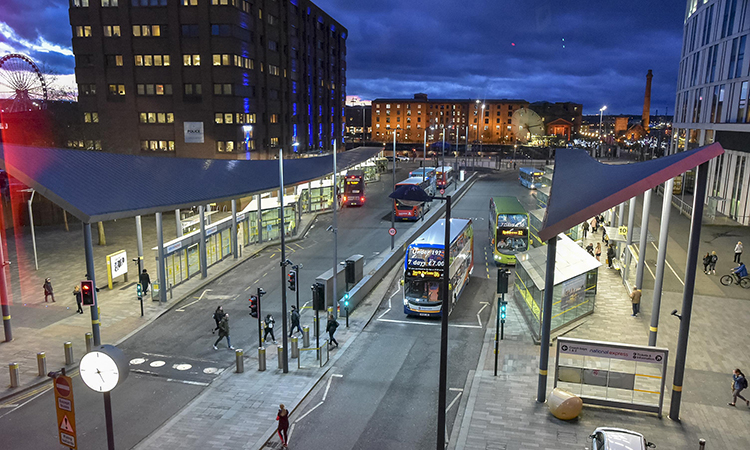 The Liverpool City Region runs on buses. Every year, over 136 million journey are taken here by bus, accounting for eight in 10 of all trips by public transport.

For many of our communities, the bus is the only way to get to work, school, college or the shops – in the area covered by Liverpool City Council, for example, around 40 per cent of people do not have access to a private car.

We have ambitious plans to transform the way that people travel by bus in our region – not only making the experience better for those who already use it, but also by removing barriers for others who don’t”

Our local Merseyrail network is one of the most punctual and reliable in the country, regularly achieving the highest ratings for customer satisfaction. However, while work is ongoing to expand the network – with new stations being built at Headbolt Lane in Knowsley and Liverpool’s Baltic Quarter – there are areas of the city region that it will still not reach.

That’s why we’re determined to ensure that the investment and development happening on the Liverpool City Region’s rail network is matched on our bus network.

We have ambitious plans to transform the way that people travel by bus in our region – not only making the experience better for those who already use it, but also by removing barriers for others who don’t. We want bus to be the mode of choice for journeys in our city region.

It has been two years since the Mayor of the Liverpool City Region, Steve Rotheram, laid out his ‘Vision for Bus’, which commits to using the powers available through devolution to build a better, more reliable and affordable bus network which puts the passenger first.

Now that more than £710 million has been secured from the UK Government’s City Region Sustainable Transport settlement to upgrade public transport in the region – £276 million of which is committed to bus prioritisation and network reform – we’re able to move forward at pace and begin to deliver tangible improvements on our buses.

As well as re-regulating services and introducing things like tap-on tap-off ticketing and capped daily fares – which have worked well in London and other metro areas around the world – we’re also accelerating our Green Bus Routes programme. The innovative new £32 million project is designed to transform bus journeys by improving punctuality and accessibility, while reducing carbon emissions and delivering better air quality.

Ultimately, travelling on a Green Bus Route will mean that passengers can enjoy faster, smoother, safer and more reliable journeys.

Ultimately, travelling on a Green Bus Route will mean that passengers can enjoy faster, smoother, safer and more reliable journeys”

The measures will initially be introduced in phases on the region’s busiest bus route – the 10A, which operates on the A57 St Helens to Liverpool corridor – before being rolled out across another four routes across the city region.

The 10A route serves many communities across the region, including Liverpool and St Helens, but also suburban areas like Knotty Ash and Stoneycroft, and towns like Thatto Heath and Prescot.

As part of the Green Bus Routes programme, the Liverpool City Region Combined Authority is also investing £1.9 million directly from its Transforming Cities Fund into Prescot Bus Station to not only improve bus services and the passenger experience, but also to support the brand-new Shakespeare North Playhouse theatre, which opened in July 2022.

Alongside Prescot’s redeveloped train station, the bus station will act as one of the key transport gateways for the new theatre development. The aim is to encourage more people to travel to and from the Playhouse and Prescot town centre via public transport. This will not only help to reduce carbon emissions, but will help to boost the local economy by increasing the footfall to Prescot’s vibrant high street.

The improvements, delivered in partnership with Knowsley Borough Council, will include public realm enhancements, such as decorative streetlighting and trees, as well as improving bus stops by adding tactile paving, dropped kerbs and ‘Visrail’ guardrails.

These upgraded bus stops will also act as a proof-of-concept, with others along the 10A route also receiving similar levels of improvement, making the route more attractive and accessible for users.

The transition to alternative power

As the initial Green Bus Route, the 10A route will also be the first in the region served by the brand new double-decker hydrogen buses that are being procured by the Combined Authority.

The zero-emission vehicles are being produced by UK-based bus manufacturer Alexander Dennis Limited (ADL), who were selected following a competitive tendering process. 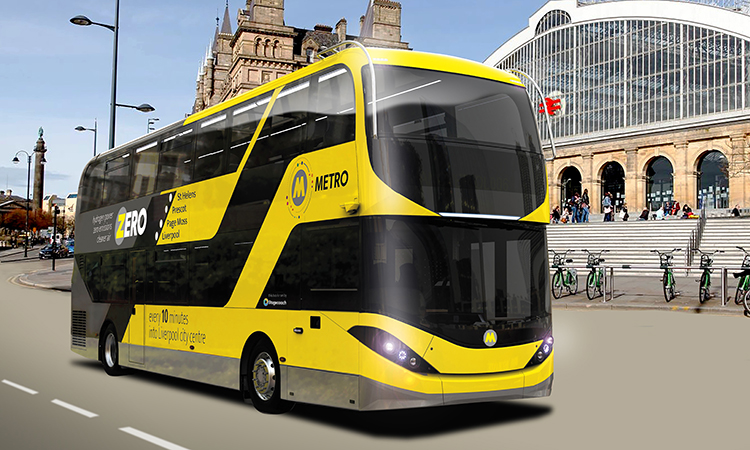 The 20-strong, state-of-the-art fleet will be directly purchased through the Liverpool City Region’s Transforming Cities Fund and – like the new trains for the Merseyrail network – will be directly owned by the people of the city region.

Plans for the fleet also include the building of hydrogen refuelling facilities, which will be the first of their kind in the North West, with work set to begin later in 2022.

The hydrogen buses will be an important addition to the region’s existing fleet, which is already more than 70 per cent low emission”

With Mayor Rotheram having set a target for the Liverpool City Region to become net-zero carbon by 2040 at the latest – at least a decade before national targets – the hydrogen buses will be an important addition to the region’s existing fleet, which is already more than 70 per cent low emission.

The new hydrogen buses will carry a range of special features for passengers, including wireless phone charging and free internet access. The vehicles will also have improved accessibility – with increased capacity for wheelchair users and those with buggies.

The buses will also provide audio and visual announcements for next stops, as well as connections for onward travel, including at rail stations, helping to ensure that our buses are integrated with the wider transport network.

These best-in-class new vehicles – paired with the previously outlined upgrades to routes, traffic signals and stops – will improve journey times and increase the accessibility of services.

We know that it is only by changing behaviour, reducing our reliance on private cars and encouraging the use of public transport… that we’ll be able to significantly reduce carbon emissions in the Liverpool City Region”

The idea is that, in addition to providing an improved service to people who already use them, we’ll also be able to tempt drivers to leave their cars at home and travel by bus.

This is so important, because we know that it is only by changing behaviour, reducing our reliance on private cars and encouraging the use of public transport – like our buses – that we’ll be able to significantly reduce carbon emissions in the Liverpool City Region.

We believe that this is going to be best achieved by building an integrated London-style transport network which provides a quick, comfortable and affordable way to get around – and Green Bus Routes are a vital part of these plans.

Matt Goggins is the Assistant Director for Bus at the Liverpool City Region Combined Authority. 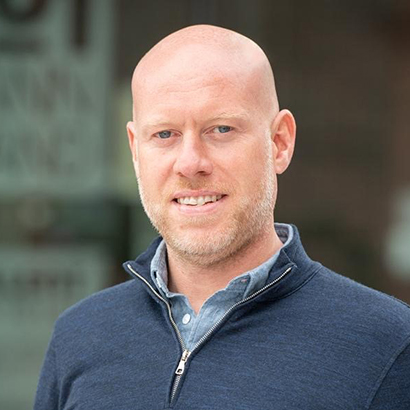