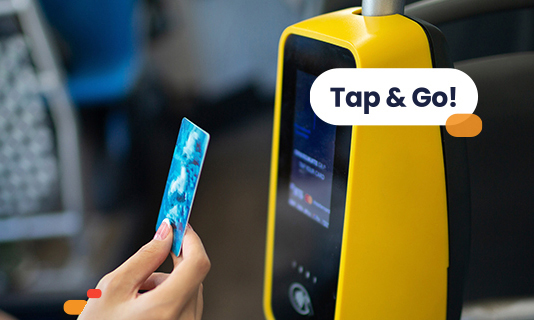 In a new strategic partnership, Switchio, a division of the Czech-based Monet+, and Canadian company Enghouse Transportation, a division of Enghouse Systems, have secured a contract to bring contactless EMV payments to public transit in California.

The tender was issued by the California Integrated Travel Project (Cal-ITP), a unique state-wide initiative formed in 2018 with the aim of simplifying public transportation with seamless trip planning and fare payment across different modes and services. One of the largest economies in the world, California is home to the most complex public transportation system in the U.S.

By deploying Switchio’s innovative payment gateway, which encompasses a number of modular solutions for fast and simple implementation of cEMV payments, riders in California will now be able to pay their fares using an open-loop system accepting bank cards, mobile wallets and even smart wearables.

Switchio is the ideal platform for addressing many of the key challenges affecting users of California’s public transportation network, which is highly disaggregated and costly to operate. It also has a reputation for being complicated and confusing to use, and the state has come under pressure from competition to maintain ridership.

cEMV payments are the way forward

Public transport providers around the world are catching what experts see as the wave of the future by introducing cEMV payment systems. In a world where the majority of consumers are already paying for purchases with their bank card or mobile phone, it makes sense that they want the same convenience in public transport, and that can only delivered with an open-loop fare payment system.

A prime example of the speed with which riders are prepared to transition to cEMV payments can be found in the Czech Republic’s third largest city, Ostrava. The transit authority began introducing electronic payment terminals on buses and trams in 2016, and by 2018 more than 50 per cent of the city’s commuters were paying their fares by bank card. Today, the fare system is fully electronic, and more than 70 per cent of riders use their bank cards, while the rest rely on SMS or pre-paid commuter cards.

Accelerating the digitalisation of the American market

“We’re very pleased to embark on this new collaboration with Enghouse. We’ve already established a presence in the Americas with a successful implementation in Guatemala and another currently underway in Chile, and we now look forward to introducing our innovative digitalisation solution to the North American market,” said Switchio Transport Business Leader Jaroslav Stuchlík.

Likewise for Enghouse Transportation, which is primarily known for its successful transit software solutions in the Netherlands and Central and Eastern Europe, expansion to the American market marks an important milestone in the company’s evolution.

“As we expand into the U.S. market, we have strengthened our team. Our strategic co-operation with Switchio bolsters our ability to deliver transit solutions in California and other markets in the United States,” said Toofan Otaredian, Managing Director at Enghouse Transportation.

Switchio is a powerful software platform that lets public transport operators manage multiple open-loop electronic payments in a variety of different ticketing modes under a single system. Delivered as a comprehensive white-label solution for contactless passenger ticketing, it brings operators substantial savings while elevating the passenger experience to new levels of convenience. It also delivers modular solutions to clients around the world for fast, secure EMV payments of public transport fares.

In addition to transport, Switchio is also developed for applications in the key sectors of retail, parking, and petrol stations. At its core is a secure payment switch that gives businesses the freedom to partner with the acquirer and hardware provider of their choice.