Susan Gorin, Chair of the Sonoma County Transportation Authority in California, explains how the Go Sonoma Act – passed by voters earlier this year – is set to improve infrastructure and transit services for county residents. 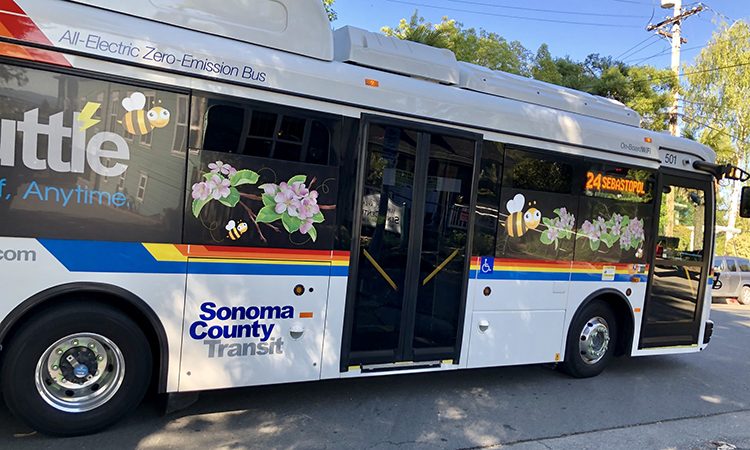 Sonoma County is set to receive delivery of more electric buses according to Susan Gorin.

In November 2020, Sonoma County asked voters to extend their quarter cent transport sales tax, with a shift from highway improvements during the first 20 years, to a focus on improving movement for all modes on better roads, with more bus services and bike paths. On 3 November, over 70 per cent of voters chose to continue local transport funding in Sonoma County with the Go Sonoma Act.

The renewal of our sales tax is a huge win because it means we can deliver on meaningful transport improvements in the years following this pandemic. Being a “self-help” county allows us to start planning early and show a local match when we go up for competitive grants – which have been key to building transport improvements.

In Sonoma County, the push for better public transport is about equity, climate action and developing more liveable cities.”

Public transit has been particularly hard hit by the pandemic, and Measure M has provided transit providers with the flexibility they need. Transit is a local priority in Sonoma County and we have a diverse system with different needs – from urban areas along Highway 101 to rural communities as you move away from the highway. In Sonoma County, the push for better public transport is about equity, climate action and developing more liveable cities.

From Measure M to Go Sonoma

The Sonoma County Transport Authority (SCTA) has a 16-year track record of delivering projects since our first local sales tax, Measure M, was passed in 2004. The SCTA has worked with local jurisdictions to deliver on projects, with over $321 million invested to date in local transport improvements. This has developed a number of projects including carpool lanes on Highway 101, kick starting passenger rail, new electric buses, local road improvements, key bike connectors, and support for new transit routes.

With Measure M set to expire, jurisdictions and stakeholders across the community worked together to make sure the Go Sonoma Act addresses our needs going forward. This kind of collaborative work allows cities to fund their priority projects and be more responsive to their residents.

The vision is to connect people, places and goods as we transition our transport network to zero-emissions. The Go Sonoma Act can help do this by building a seamless network that allows people to use a variety of clean transport types easily, affordably and dependably.

When it comes to transit, funding for local transit improvements in the Go Sonoma Act will expand and enhance local bus operations to provide a more reliable service that works for more people. This includes maintenance of existing bus services, increased bus frequencies and extended hours of operations, and free rides for groups like students and seniors.

Approximately $6 million (or 23 per cent of sales tax revenue) annually will be dedicated to transit under the Go Sonoma programme starting in 2024. Of that amount, 3 per cent is dedicated to annual community benefit programmes that support first- and last-mile connections and commuter programmes.

The other components of the plan: 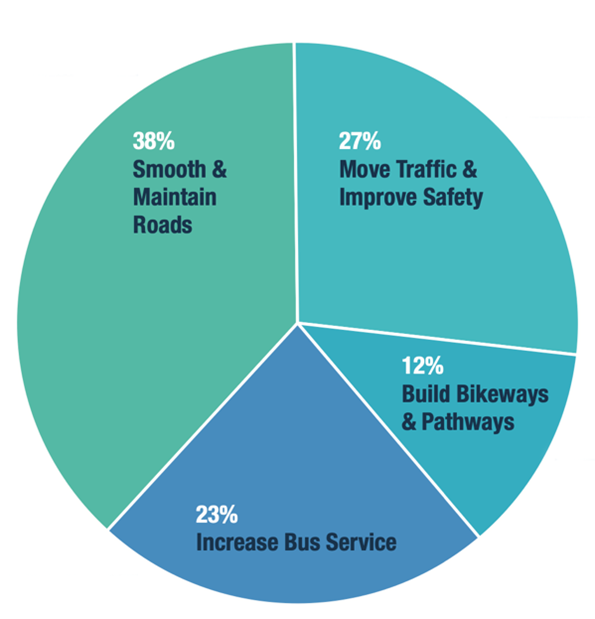 Getting past the pandemic and looking forward

For Sonoma County public transport providers, the passing of Go Sonoma comes at a particularly tough time. All providers are experiencing less than half of weekday ridership from pre-pandemic levels and are looking at how to restore service cuts from earlier in 2020, while adapting to meet the needs of residents in the future.

Listening to stakeholders has helped us update the transport tax and show the community that we are preparing for tomorrow.”

For Santa Rosa CityBus, Measure M currently makes up 7.6 per cent of their overall operating budget. This provides stable funding and helps meet farebox recovery requirements to access state funds. Looking forward, Go Sonoma will double the local money for public transport ,and Santa Rosa plans to offer free rides for all young people in education and an Ecopass programme offering unlimited rides to participating employers and housing developments. New service models are also a possibility for areas with lower ridership – such as partnerships with ride-share companies or micro-transit.

Sonoma County Transit is looking beyond the pandemic with simplified service routes and fare structure. Sonoma County Transit was the first to roll out electric buses and has more deliveries in the years ahead – along with a test of new inductive charging technology. All bus transport providers have collaborated on a plan to electrify their bus yards and better plan routes for buses that will need to charge up.

The Go Sonoma Act is only possible because of the trust that SCTA has built with Measure M – helping to maintain a close relationship with the voters that keeps us responsive. Listening to stakeholders has helped us update the transport tax and show the community that we are preparing for tomorrow. We look forward to delivering a host of projects that work together for a clean, affordable and dependable transport system.

Supervisor Gorin was elected to Sonoma County Board of Supervisors, representing the First District, in 2012 and currently serves as its Chair. She is also the Chair of the Sonoma County Transportation Authority and has served on its Board of Directors since 2015. 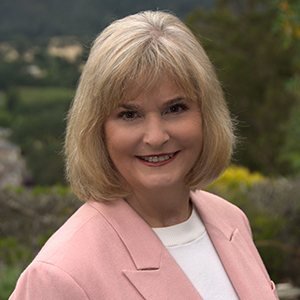