What’s going on with Russian ride-hailing?

Vitaly Bedarev, COO of ride-hailing firm Citymobil, gives an overview of the Russian ride-hailing market compared to the rest of the world and explains how COVID-19 has left its mark. 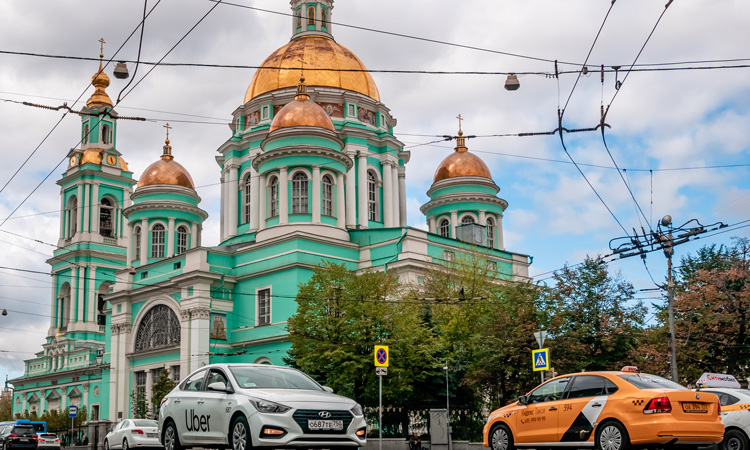 Russia is the fourth-largest contributor to the global ride-on-demand (taxi and carpool) app downloads, with an 11 per cent share YTD (up from 10 per cent in 2019). The only ride-hailing markets exceeding Russia are Brazil (16 per cent), India (12 per cent) and China (12 per cent), but the Russian share is still larger than the U.S. (eight per cent), according to the UBS analysis.

Russian ride-hailing is still at the stage of rapid growth. Unlike the U.S., we are still growing every year and the industry has unique national characteristics. It is common for Uber in the U.S. that a driver working with the ride-hailing service owns a car, whereas in Russia the majority of drivers rent cars from fleet companies who own up to thousands of vehicles. In addition, the share of payments in cash is still high. Even in Moscow, cash accounts for about 40 per cent of trips and, overall, cash accounts for about 50 per cent of payments on our platforms, which is a big difference from the UK and the U.S..

The market landscape in Russia also differs significantly. The U.S. has an established duopoly of Uber and Lyft, while in Russia there is a company (Yandex.Taxi) which occupies up to 70 per cent of the market in big cities. Citymobil is a rapidly growing (4.3х YoY in rides August 2020 vs August 2019) challenger with 20-25 per cent share in cities of presence. Additionally, in small towns taxi orders via the phone still dominate and there are players who work mainly according to this procedure (Maxim, Vezet). Citymobil is a large IT, mainly app-based ride-hailing company, however in some cities 30 per cent of orders are still made by phone. 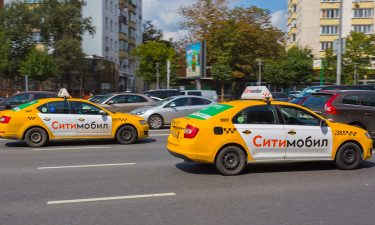 One more difference is that there is no distinction between taxi and ride-hailing in Russia. Ride-hailing apps allow their users to order a licenced taxi ride and there is no special licence for ride-hailing which differs from taxi. This is the main reason why drivers have to rent licenced cars from taxi fleets rather than use their own vehicles.

Before the pandemic, there was some major restructuring of the market in Russia. In 2017-18 Yandex acquired local Uber operations and a de facto monopoly appeared in big cities, as competitors became marginal in size compared to the market leader. Then Citymobil, as a challenger funded by Mail.ru Group, appeared and quickly entered many cities in Russia, gaining a decent share of the market. The pandemic came at a time when Citymobil was launching in many cities and the whole market was actively moving towards the model that presently exists in the U.S..

In Russia, serious restrictions in connection with the coronavirus were introduced in March. In April a full lockdown was imposed and residents had to receive a special digital code to move around Moscow, including by taxi. Naturally, this led to a drop in demand for transport including  ride-hailing – in Moscow more significantly than in other regions. Quarantine rules varied in different cities and so did the impact. For example, in St. Petersburg it led  to a slight downturn in demand whereas in the Southern regions such as Krasnodar we even experienced growth in demand  during the pandemic.

The worst week for demand was from 31 March to 6 April. At its peak, demand in Moscow fell by about 50 per cent from the pre-coronavirus period. Whilst significant, this is much less than the impact seen in New York and China, where very strict quarantine rules were actioned. Demand in Moscow began to recover very quickly, and by the end of June it exceeded the pre-coronavirus level, which also differed from the U.S. and China, where market recovery is much slower.

In Russia, during the pandemic, ride-hailing services had to control drivers and taxi companies, with the disinfection of cars and distribution of masks, gloves and sanitisers. In addition, we had to purchase masks and sanitisers for drivers at our own expense and finance the disinfection of cars. This is not typical for ride-hailing services. As far as we are aware, throughout the world this has never been a requirement, but the regulators obliged us to do it. These resulted in significant costs. However, we managed to compensate them by saving on subsidies to drivers – there were simply fewer of them on the line and still the market was in an oversupply situation due to a bigger drop in demand for travel.

During the pandemic, Citymobil’s market share has grown significantly. One reason for this is that we offer a cool and high-quality service, but additionally there were also structural factors. The pandemic hit two large segments hardest of all – these being corporate demand, as a result of many employees starting to work remotely, and the higher classes of taxi – this being Comfort +, Business class. The business class service was actually banned in Moscow for a while during the pandemic. In these segments, our competitors are bigger than us as we focus on Economy class at this stage, and therefore they were hit harder.

After the recovery in demand, we again slightly lost market share, but this was outweighed by the level of growth that we had enjoyed and we still have higher share than pre-COVID operations. According to the recent data from the Moscow Transport Department, Yandex Taxi in August has around 67.7 per cent rides per day, Citymobil – 23.1 per cent per day, and Gett – 5.8 per cent per day.

At the same time, we now see new challenges on the market – for example, the launch of the Chinese ride-hailing service Didi, which started operations in some Russian cities  in August. However, we have already been preparing for this launch for several months and do not fear a new competitor.

To understand what is now happening on the Russian market, you need to imagine that Google and Facebook have their own ride-hailing services. Both Russian ride-hailing companies claiming leadership, Citymobil and Yandex, are part of two separate ecosystems. Citymobil is a part of JV in food and transport tech established in 2019 by Sberbank (the leading Russian bank which is in the process of transformation to a tech ecosystem) and Mail.ru Group, which among other assets owns the largest social networks in Russia (VK which has 73 million monthly active users and Odnoklassniki which has 42 million as of June).

A user calling a taxi is trying to move in the most convenient, cheap and fast way from point A to B and that could be solved in a number of ways

Yandex Taxi is owned by Yandex which is Russian Google – the leading search engine and technology giant. Access to the ecosystems of these companies provides us a huge advantage in terms of user acquisition and financing, as well as access to partnerships with the services within the ecosystem.

For Citymobil, being a part of the financial ecosystem of Sberbank helps us to negotiate leasing terms for the cars and tie them to our platform. Having access to the Mail.ru ecosystem, we began to actively develop ride-hailing service with VK, Russian largest social network. VK Taxi allows users to order a taxi within a social network, share payments with their friends etc. In July alone, users made 1.3 million trips through VK Taxi. Imagine Facebook Taxi – we are already developing such a thing in Russia.

It’s not easy to compete with players having such support, but there is another aspect – geo data, routing and navigation services. Yandex has arguably the best maps system in Russia, which has been developed for more than 10 years and it is clear that they will not allow access to them for competitors. We use the combination of HERE and 2GIS (joined Sberbank ecosystem in August 2020) data and additionally our own algorithms to develop routing, dispatch and navigation. However, it has already taken us two years and there is still a lot to do to increase the quality of our geo services.

Russian ride-hailing is still at the stage of rapid growth

We also believe that the future of urban transport is multimodal. A user calling a taxi is trying to move in the most convenient, cheap and fast way from point A to B and that could be solved in a number of ways. In addition to taxi services, Citymobil has already launched an integration with the e-scooter rental service Urent in a number of cities, which allows our users to choose this option for short-distance rides or for recreational purposes. We are also working on an integration with the carsharing service YouDrive, which is part of Mail.ru and Sberbank JV.

Car sharing in Russia is more popular than in most markets of the world. Moscow is among the top three cities in terms of carsharing usage and we believe after COVID-19 more and more people are going to use this service as an alternative to public transport. We are also negotiating integration with public transit systems.

Yandex has also currently launched one integrated app for different types of urban mobility including ride-hailing, carsharing and public transport. So, we believe it is where the Russian market is currently moving towards.

Vitaly Bedarev joined Citymobil as Operations Director in 2018. During his tenure Citymobil experienced exponential growth (x4 YoY in rides august 2020 vs august 2019) and became a top two nation-wide ride-hailing company vs working in Moscow only as of end of 2018. Prior to Citymobil he worked as General manager at Uber in Moscow and director in consulting firm Strategy Partners Group. 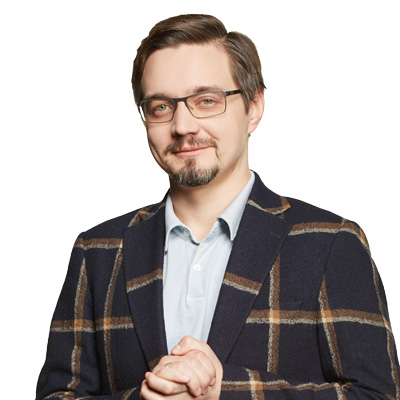