Transport organisations Travel Focus and London TravelWatch have called for governments and the transport industry to outline how they will reassure passengers that it will be safe to travel by public transport. 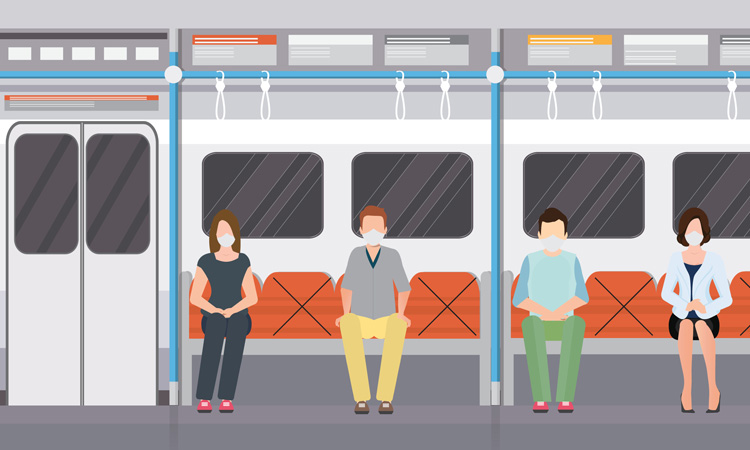 Independent watchdog Transport Focus and  London TravelWatch have called for reassurances for passengers after a UK survey revealed three in five people (62 per cent) wouldn’t feel comfortable using public transport after the COVID-19 lockdown unless social distancing measures had been installed.

Anthony Smith, Chief Executive of Transport Focus, said: “After months of being told not to travel, people will understandably be fearful about venturing out. The government must outline in its upcoming roadmap for easing lockdown what measures it will put in place to reassure people they can travel safely.”

While people in London are expected to cycle and walk more, there is expected to be a surge in private journeys by car outside of London. The organisations have urged that ‘active travel’ must be encouraged, in and out of London, to prevent roads becoming more congested.

Emma Gibson, Director of London TravelWatch, said: “It is interesting to see that Londoners place more importance on people wearing face masks as they move around the capital than people in other areas around the UK and that a higher percentage of Londoners in the survey would travel without social distancing or hand sanitiser available at stations or stops. Perhaps that is because they rely on public transport more than anyone else in the country.

“Like everyone, Londoners are concerned about travelling once restrictions are lifted in the capital, but a greater number of people intend to walk and cycle more often, compared to other parts of the country. Also bucking the trend, Londoners are less likely to say that they will drive more in order to avoid using public transport.”

What transport users have said:

“I think I will be reluctant to use public transport once restrictions are eased because of the close proximity of people on trains or buses You cannot guarantee you will get any distance between you and other passengers.”

“People will respect social distancing and be scared to sit next to each other on tube or bus or train. People will want to wear masks and gloves. Still prefer to travel by car than public transport.”

“We will be back to congested roads and because people will be ‘raring to go’ there will also be mayhem, perhaps a few more road traffic accidents.”

“I’m hoping that more people will walk instead of using the car for short journeys. I also hope that a lot of people currently working from home continue to do so, as it means there is far less traffic and less pollution.”