Each bus is fitted with an air-filtering system made up of three fans on the roof that suck ultra-fine particles and dirt (known as PM10’s) from general traffic into special filters. 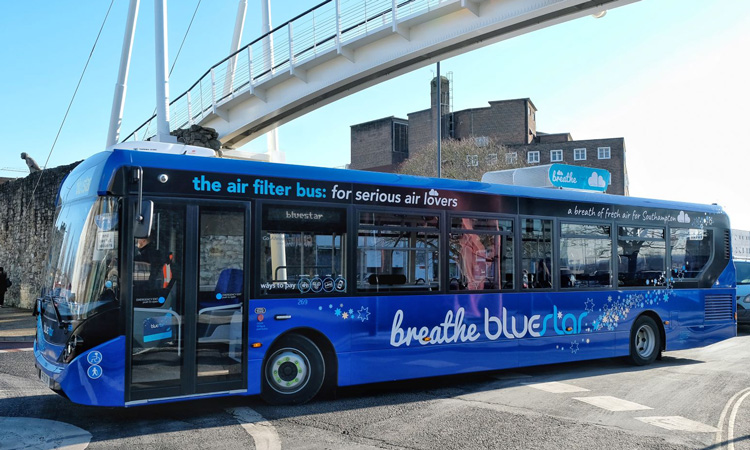 Following a successful trial in 2018, Brighton & Hove and Crawley/Gatwick will each get an air-filtering Metro Bus by summer 2020. The buses reportedly strip pollutant particles from the air outside the bus as they travel, helping to improve air quality and tackle pollution.

The rollout follows a trial where initial tests showed that a single bus cleaned 3.2 million cubic metres – the equivalent to the volume of 1,288 Olympic swimming pools of city air – across 9,000 miles during 894 hours of testing. This bus removed 65g of particulates from the air in a 100-day period.

The air-filtering buses remove up to 99.5 per cent of particulate matter that travels through the filter, cleaning one cubic metre of air per second and filtering the same amount of air as 6,000 people breathe in an hour.

The roll out is said to come at a time when the Department for Environment Food and Rural Affairs (DEFRA) has estimated that particulate air pollution reduces people’s life expectancy in the UK by an average of six months.

“Our air-filtering system can add to this. It exceeded all expectations of the environmental benefits it can deliver during the Southampton trials. The time has come to trial this system in Sussex.

“We believe the air-filtering bus provides an extra dimension for councils to consider as they explore initiatives such as clean air zones to tackle toxic pollution.”