The project aims to empower citizens to take a leading role in the production of data, evidence and knowledge around mobility in their own neighbourhoods, and at street level. 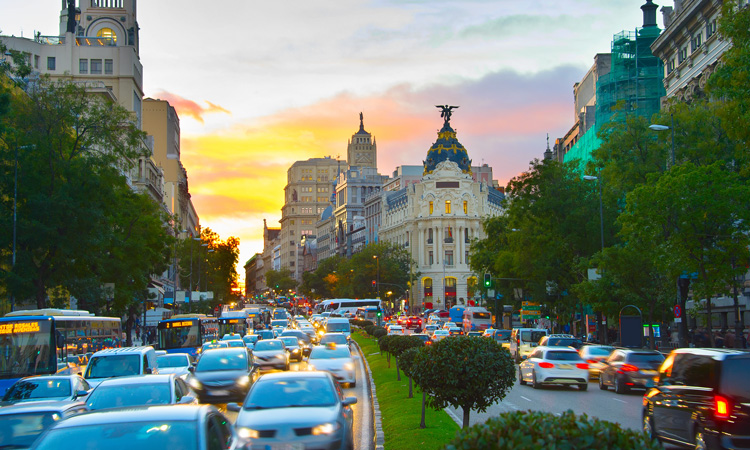 Traffic sensors are being set up in homes in five cities across Europe in a bid to learn more about traffic flow.

Following this approach, the researchers aim to be able to quantify local road transport (cars, Heavy Goods Vehicles, active travel modes and speed), produce scientific knowledge in the field of mobility and environmental pollution, and co-design informed solutions to tackle a variety of road transport challenges.

The project also aims to provide cost-effective data for local authorities, at a far greater temporal and spatial scale than what would be possible in classic traffic counting campaigns, designed to open up new opportunities for transportation policy making and research.

By putting citizens at the heart of the innovation process, the project seeks to overcome existing technological and societal challenges so that citizens can champion a new perspective on road transport that take into account their own concerns in pursuit of better quality of life and more equitable, healthy futures.

Professor Enda Hayes from the University of the West of England, Bristol, who is helping run the survey, said: “Our data will be uploaded to the cloud so it can be seen by anyone, be that private citizens, the local council or NGOs.

“The evidence can be used in a number of initiatives relating to things like speed, noise, air pollution, safety and active travel. Hopefully it will place citizens in the centre of the debates on these issues.

“The sensor components are made by Raspberry Pi, standard hardware that’s available off the shelf. They are powered by a micro USB port, and it will connect to the WiFi in the person’s home, just like any smartphone or computer. Data is published hourly but the exact location of the sensor is not given, just the road it is on.”

Anyone can log on and see how many vehicles, pedestrians and cyclists have passed a certain point in the past hour.

Hayes said that while the overall goal is reducing air pollution, there will also be other focuses in individual cities. “In Cardiff we’re aiming to put some near schools to study issues around the school run,” he said. “We’ll also be putting sensors on roads the council have already marked as problematic from a transport point of view.

“Overall we want to go beyond just data gathering. We want to turn these ‘citizen scientists’ into advocates who will use the data to work with employers, schools and local transport authorities to help drive forward healthier cities and healthier planning.”

Related organisations
University of the West of England

University of the West of England