Commute times for people across the UK rises each year, but ATG Access suggest that there could be a smart traffic solutions to cut commute times on roads. 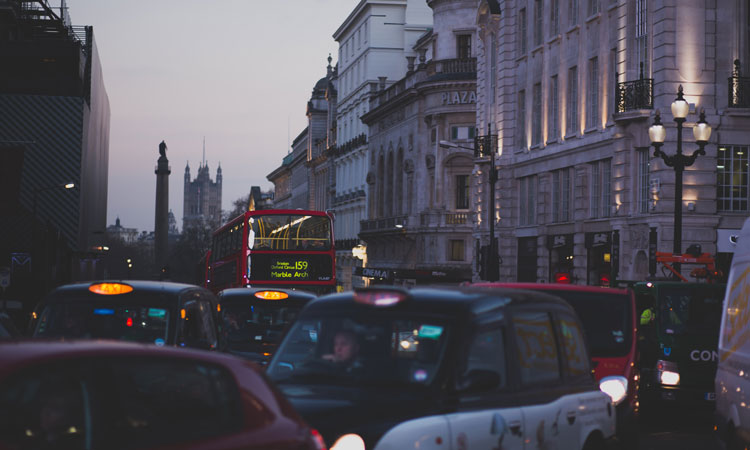 The UK is among the most congested countries in the world, with a reported 37.5 million vehicles registered for use on UK roads last year – and now a new report, by ATG Access, has revealed that almost two-thirds (65 per cent) of city-dwellers are frustrated with the levels of congestion in their city.

Perhaps unsurprisingly, Londoners were the most frustrated with traffic levels (76 per cent), followed by citizens of the South East (74 per cent) and the South West (68 per cent).

The study, which also looked at the range of solutions which could combat the issue, found that Brits think that smart city measures would be the most effective in improving traffic flow and commute time (74 per cent).

Three quarters (75 per cent) of those surveyed would like to see the implementation of smart traffic lights to respond in real-time to the volume of traffic on the roads, while just over two-thirds (67 per cent) expressed a strong desire for better traffic light control measures during busier times – indicating a clear need for the UK’s urban infrastructure to evolve to better meet the needs of the modern commuter.

Traditional methods of easing traffic flow scored lowest among consumers with just 37 per cent of those surveyed wanting to see more parking restrictions on busy roads and 40 per cent wanting dedicated cycling and bus lanes during busy times.

Further demonstrating the public’s appetite for investment in smart measures, over half (57 per cent) of those surveyed admitted that they would be happy for a portion of their tax contributions to go towards smart traffic lights in their city.

Conducted as part of ATG’s ‘Smart cities: Turning the dream into a reality’ report, the research outlines the urbanisation problems that could be solved through the adoption of specific smart city concepts, such as traffic, crime and emergency incident response.

Gavin Hepburn, Managing Director at ATG Access, commented: “Our research has found a clear public desire for smart traffic control measures, which could ease the daily commute for millions of travellers every day. Smart city concepts such as responsive traffic flow measures – ranging from smart traffic lights, to programmable smart bollard systems which control traffic – can drive efficiency and drastically cut commuter times. Not only does this have the potential to save the economy £9 billion a year, measures such as these can also dramatically improve a cities’ level of air quality.”