The use of these robot guard systems is said to reduce reliance on manpower, allowing security personnel to monitor areas remotely, through the robots’ ‘eyes’. 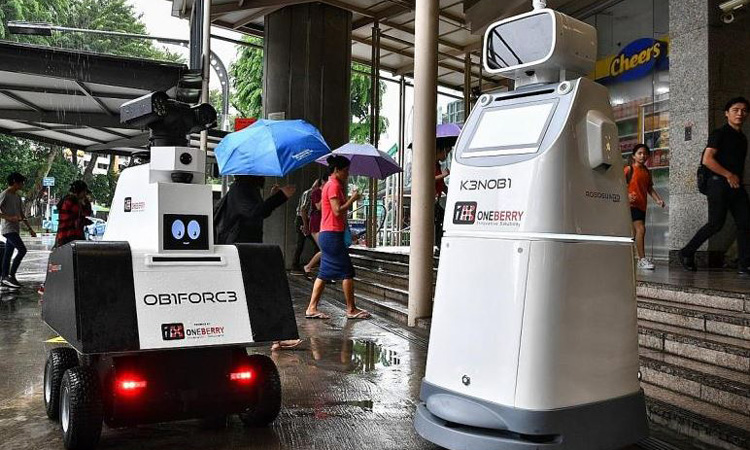 Security robots – the OB1FORC3 and the K3NOBI models, developed by security company Oneberry Technologies – have been trialled at Ang Mo Kio MRT station in Singapore in a bid to test their feasibility for improving public safety.

The robots were equipped with intelligent surveillance cameras, sensors and video analytics capabilities.

The trial was part of Exercise Station Guard, which is an emergency preparedness exercise carried out by the Land Transport Authority (LTA) and the SMRT, a multimodal transport operator in Singapore, to ensure functionality and to strengthen security in public places.

The robots allegedly searched for suspicious people and unattended items, and the operation was overseen by Senior Minister of State for Transport, Janil Puthucheary.

Commuters also participated in security screenings, including walking through metal detectors and having their belongings scanned.

Other security robot systems have been trialled across Singapore, including a 1.6-metre-tall ST Engineering robot that was equipped with seven cameras in December 2018. The number of security robots in Singapore is predicted to grow as Oneberry Technologies has raised $30 million in funding in September 2019 that would allegedly allow it to expand its range of high-tech security and surveillance products, and grow its presence in the region.