Dubai sees upward trend in public and shared transport use

Dubai Metro proves to be the biggest carrier across the city’s boost in passenger numbers, which the RTA attributes to its drive to offer integrated and smooth transit solutions in the emirate. 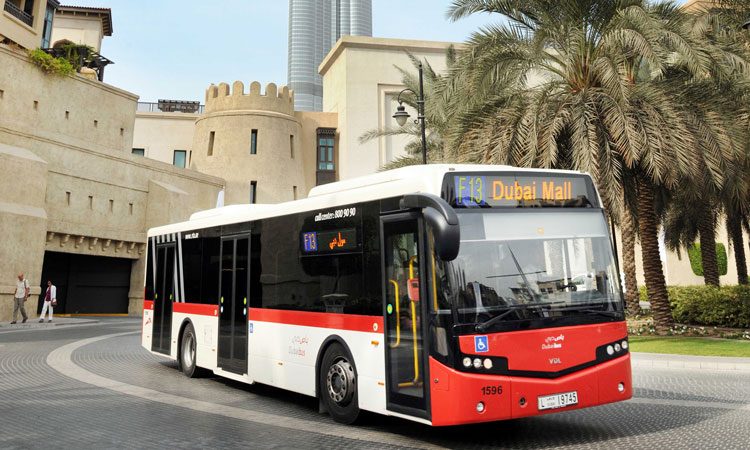 Dubai’s RTA has announced that 296.22 million travellers used public, shared transport and taxis in Dubai during the first half of 2019.

The number reflects a healthy 6.5% growth rate from the figure recorded in the same period last year, which was 277.91 million riders. The average daily ridership of mass transit modes during the first six months of 2019 amounted to 1.618 million riders.

The figures have been welcomed by the RTA, who feel they reflect its efforts to improve and promote the attractiveness of public transport throughout the city of Dubai which has a high ownership of private vehicles.

The RTA has been working to widen the reach of public transport network, developing first and last-mile solutions, providing pedestrian and cyclists facilities, and using technology to optimise the efficiency of public transport systems. It has also introduced policies to limit people’s semi-total reliance on private vehicles by offering other transit means (public and shared transport including the city’s marine transport modes).

March proved to be the busiest period, with 53.198 million users travelling by public transport means in the month. In terms of transport modes, Dubai Metro ranked highest with 34% of travellers, followed by taxis (30%), and public buses (27%).

“RTA’s integrated public transport network has become the backbone of people movement,” stated HE Mattar Al Tayer, Director-General and Chairman of the Board of Executive Directors of Roads and Transport Authority (RTA). “It has coasted an evolution in public culture towards the use of mass transport. People [have] started to grasp the benefits of using public transport such as the peace of mind, physical relief, higher safety and lower expenses on cars. The figures achieved confirm this concept as the ratio of trips using public and shared transport has almost tripled from 6% in 2006 to 17.5% in 2018 with a compound annual growth of about 9.3% p.a.,” Al Tayer explained.