London is the first city in the world to collect data on cycling infrastructure, such as parking spots and protected lanes, on such a large scale. 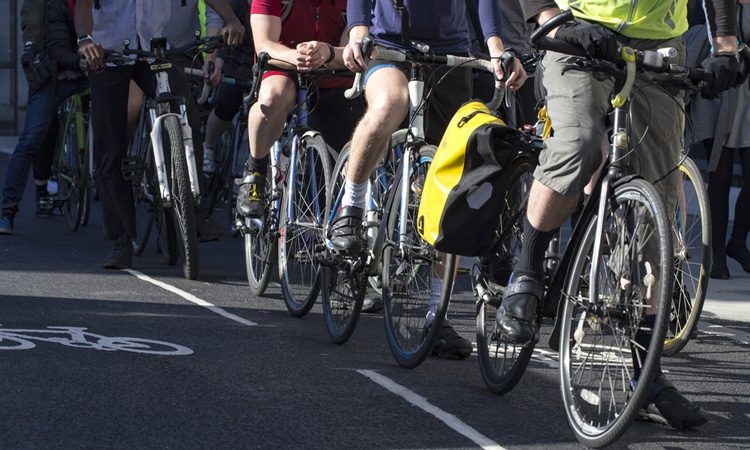 TfL research has shown that many people feel uncomfortable about setting off on a cycle journey without knowing what to expect, particularly when it comes to finding a place to park or a protected cycle lane.

To create the database, TfL surveyed every street in every London borough to collect data on all 146,000 cycle parking spaces across London, as well as gathering information on 2,000km of cycle lanes, 960 traffic filters and 58,000 wayfinding signs. The database also contains 480,000 photographs of cycling infrastructure, allowing users to see exactly what can be found on street and where.

The database has now been made available to London boroughs and has also been released as open data for third-party developers. The data has already been used to upgrade TfL’s own Journey Planner, meaning that people using the planner for cycle journeys can now see the nearest and most convenient place to park for every journey. 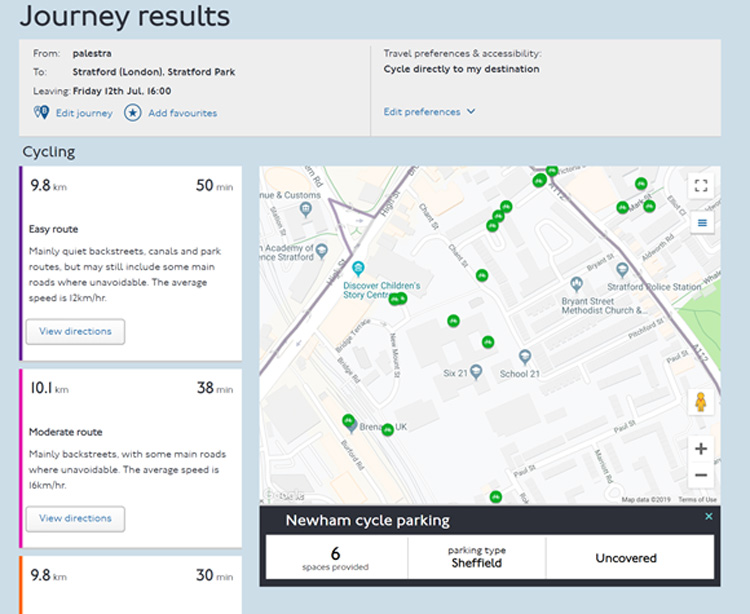 Third-party developers will be able to use the data for their own journey planning tools, which will make it simpler for Londoners to plan cycle journeys using their preferred apps. TfL will invite app developers to a ‘hackathon’ later this year to explore innovative ways to use the data to make cycling simpler and easier for more Londoners.

The database will also make it possible for TfL and the boroughs to plan future investment in cycling effectively. The database has already been used to develop TfL’s Cycle Parking Implementation Plan, which last month set out how TfL will work with partners across the capital to invest £2.5 million in new cycle parking across London, targeting areas of highest demand.

Will Norman, London’s Walking and Cycling Commissioner, said: “Last year London saw the quickest growth in cycling journeys on record, but we must continue to do everything we can to make cycling easy and convenient for everyone. TfL’s Cycling Infrastructure Database is the biggest collection of cycling information anywhere in the world, and has the potential to transform the way we think about cycling. It means that wherever you live or work in the capital you can properly plan your journey from beginning to end, knowing the quickest and safest route through every London neighbourhood.

“With the open data being available to councils, developers, policy makers and anyone who wants it, it will be a really useful tool for planning new investment in years to come.”

Christina Calderato, TfL’s Head of Planning, said: “We’re investing record amounts in cycling as we see the number of people cycling in the capital continuing to increase year on year. The Cycling Infrastructure Database will make it easier for people in London to plan their journeys, allowing people to set off from home knowing where cycle lanes are and where they can park at their destination. The data will also help us to work with the boroughs and invest in cycling where it is needed most.”

TfL and the Mayor are committed to expanding the capital’s cycle network at pace and increasing the proportion of Londoners who live within 400 metres of the cycling network to 28 per cent by 2024, up from nine per cent. TfL has doubled the amount of protected space for cyclists since 2016 and is on course to triple this by 2020.

In 2018, the Mayor’s Vision Zero and Walking and Cycling Action Plans set out ambitious targets for eliminating death and serious injury from London’s roads and becoming the best city in the world for walking and the best big city for cycling. These plans will ensure safer streets and a high standard for walking and cycling routes, which will significantly increase the number of people walking and cycling as well as reduce road danger, congestion and air pollution.

The expansion of London’s walking and cycling network continues to enable millions more journeys to be cycled or made on foot every week. New 2018 data shows that cycling in London is at record levels with the average daily total distance cycled exceeding four million kilometres for the first time. Construction on major new routes between Tower Bridge Road and Greenwich and Acton and Wood Lane is underway and TfL is also currently inviting people to have their say on another route between Dalston and Clapton.