The autonomous shuttle is equipped with a brand new safety architecture to allow operation without an on-board attendant. 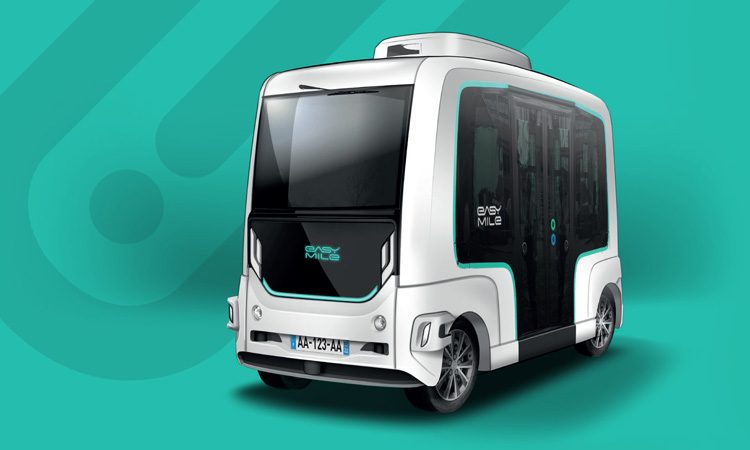 EasyMile has announced the launch of its new EZ10 electric driverless shuttle, which is the first shuttle of its kind ready for operations without an on-board attendant.

First launched in April 2015, the EZ10 complements existing transport services and provides an innovative, flexible and inclusive solution to the first-mile and last-mile challenges. This latest generation of the EZ10 enables transport operators to fully unlock the potential of last mile mobility in low-density areas or on large private sites – such as factories or airports – where cars tend to dominate the choice of transport and the cost of providing transport is high. Shared autonomous transportation can easily be adapted to users’ needs, offering the required operational flexibility to operators, including adapting service frequency to meet demand.

Running on EasyMile’s robust autonomous technology, the EZ10 shuttle can carry up to 15 people. It is easily accessible to people with reduced mobility thanks to the automated inbuilt ramp and ADA (Americans with Disabilities Act) compliant wheelchair anchor points. The EZ10 is fully electric and contributes to both improving air quality and reducing noise pollution. The shuttle’s sensor set has been redesigned and optimised for an even more accurate vision even in challenging weather conditions.

While most “driverless” operations include one or two attendants on board the vehicle, EasyMile has been running for the past eight months one of the first deployments in the world that is purely relying upon a remote supervisor. With no human back-up attendant on-board, the EZ10 is supervised from a remote control centre manned by a fully trained supervisor who monitors the autonomous vehicle thanks to a real-time data stream and ensures communication with passengers. This is a major step forward to answer local mobility needs and demonstrates EasyMile’s ability to deliver the full potential of autonomous travel.

Gilbert Gagnaire, founder and CEO of EasyMile, commented: “EasyMile’s technology has now reached a maturity and reliability level that allows us to deploy EZ10 shuttles without an attendant on board. Right now they are mostly used in controlled environments, but as our software progresses they will be able to run in more complex environments. Passengers’ feedback has been very positive on all our tests and the legislation around the world is now coming together to enable this step forward. This is such an important milestone both for EasyMile and for mobility in general.”

EasyMile is progressively deploying fully driverless services in other campuses during 2019 and in mixed traffic during 2020, in coordination with clients, transport operators, and the relevant authorities.