Indonesia’s first ever subway opens to improve congestion in Jakarta

The project has been in the works since the 1980s, but until recently, its construction has been consistently hampered by political crises and funding disagreements. 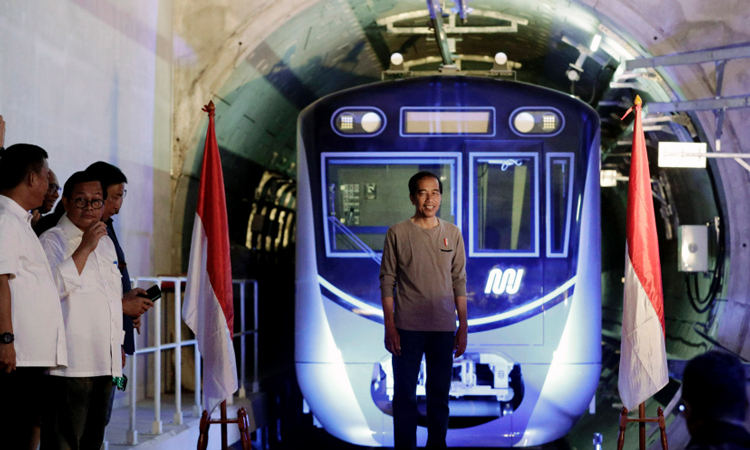 President of Indonesia, Joko Widodo, has opened the country’s first-ever subway in Jakarta with the intention of providing comfortable public transport that reduces traffic congestion.

The 16km line runs south from downtown Jakarta, connecting 13 stations along the route, and is the first phase of a development that could create a network of stations across the city. The system is expected to move 170,000 passengers per day.

The journey from the south to the city centre would currently take an hour in a car. Using the new system reduces the travel time to 30 minutes, which officials are hoping will encourage commuters to switch from using private vehicles; reducing traffic and pollution in the city.

Alongside this, a ground-breaking ceremony occurred for an eight kilometre line heading northward that is planned for completion by 2024. Once this section is fully operational, it is estimated that 433,000 passengers a day will be transported.

The two projects are being built at a cost of $2.6 billion – funded by a loan from the Japan International Cooperation Agency.

“This will begin a new civilisation by operating the first phase of mass rapid transit in Jakarta,” Joko Widodo said at the inauguration.

A line running east-west has also been planned, covering a distance of 87km, and construction is planned to begin during 2019.

Jakarta’s first subway line should help the country catch up with other southeast Asian capitals such as Kuala Lumpur, Singapore and Bangkok in terms of public transport networks.