With a growing middle-class, Mumbai is experiencing a road network which is bulging at the seams, as private car hire increases by 28 per cent in two years. 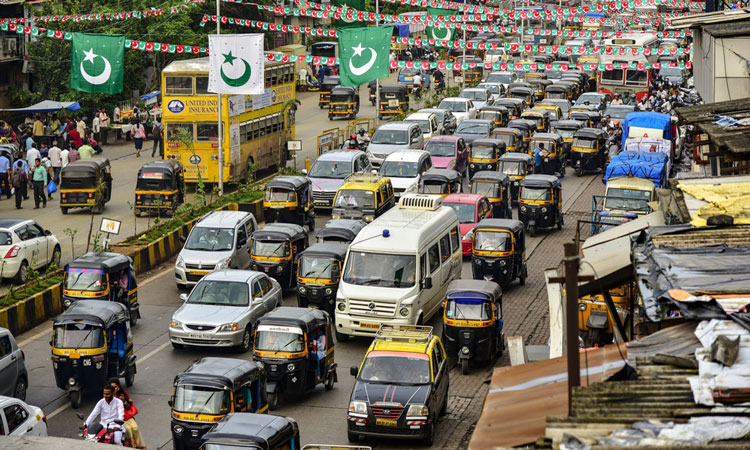 Over the last two years, private car ownership in Mumbai has increased by 18 per cent. The Times of India have reported that this is roughly 510 cars per kilometre of road, compared to Delhi’s 108. In 2016, Mumbai had 430 cars per kilometre, which is representative of over 1 million cars on the road in the entire city.

Mumbai’s road density is mostly down to the lack of space. While Delhi has 28,000km of roads, Mumbai is limited to just 2,000km.

Due to this cumbersome amount of cars on the roads, Mumbai is prone to huge traffic jams, high levels of pollution and illegal parking.

Ashok Datar, Chairman of Mumbai Environmental Social Network, commented: “Mumbai has been bursting at the seams for the past few years, and if there is no control over the purchase or mobility of private cars across the city, commuting by road will be a nightmare.”

Datar has been campaigning for bus use in the suburbs of Mumbai, which would see this density of privately-owned vehicles diminish.

A V Shenoy of Mumbai Transport Forum, said: “There is an urgent need to set up a parking authority to implement the new parking policy, and also impose congestion tax in the business hubs. The arterial road should be kept free of any parking (on both sides of the road) during peak hours. This would free up road space and allow movement of 50 per cent more vehicles, especially buses.”

Officials have reported that the highest rate of car registrations are in the growing middle-class regions of the city, who have a greater disposable income. The use of privately-owned vehicles, however, is expected to stunt the growth of public transport. As population in India continues to increase, unless something changes soon this problem will only continue to worsen.

A government official commented that the government is now focused on setting up several Metros, which will ensure a smoother commute in the near future and promote mass public transport, alleviating the need for privately-owned vehicles.