UITP and ITF collaborate to strengthen women’s employment in transport

This agreement, announced on International Women’s Day, is another step forward in advancing the role of women in the transport sector. 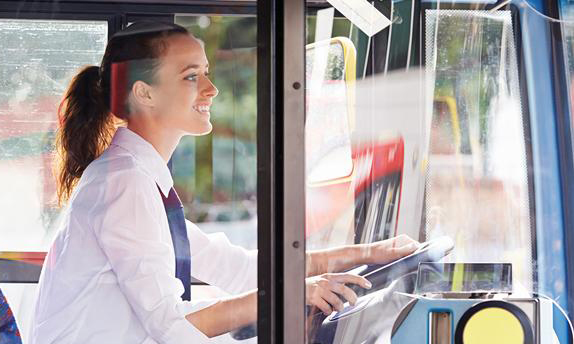 UITP and the International Transport Workers’ Federation (ITF) have signed a joint agreement to strengthen women’s employment in public transport.

The two parties will work with unions and employers to implement the agreement in pilot cities, with an announcement of the first city expected in 2019.

In 2018, UITP partnered with the World Bank to shed light on the needs of women as public transport users. The global campaign, ‘PT4ME’, was launched with the support of over 240 UITP members who disseminated it from their stations and social networks.

This year for International Women’s Day, under the theme #BalanceforBetter, UITP is relaunching the PT4ME campaign and shifting the focus to women as workers in the public transport sector.

Moovit will be broadcasting PT4ME messages from their mobile application – reaching over 90 countries.

Diana Holland, Chair of the ITF Women Transport Workers’ Committee, said: “It is clear that when you improve working conditions to support women’s employment, you improve public transport working conditions for everyone. That is why the recommendations in this agreement are so important; every worker and every passenger will benefit from their implementation. But it needs public transport workers and employers to work closely if the agreement is going to lead to real change. That’s why we are working with the UITP, and together we’ll identify pilot cities to implement the agreement and create a public transport system that everyone, including women, deserves.”

“Women’s participation within the sector should not only be promoted, but actively celebrated, with strong institutional and top management support. We need to see changes and improvements in female participation rates from ‘onboard’ our vehicles to ‘on the Board’ of management throughout our organisations,” said Cécile Sadoux, Head of People Management, UITP.