The work includes a two-way cycle track separated from traffic and pedestrians, will begin on 18 March and is expected to be complete by the end of 2019. 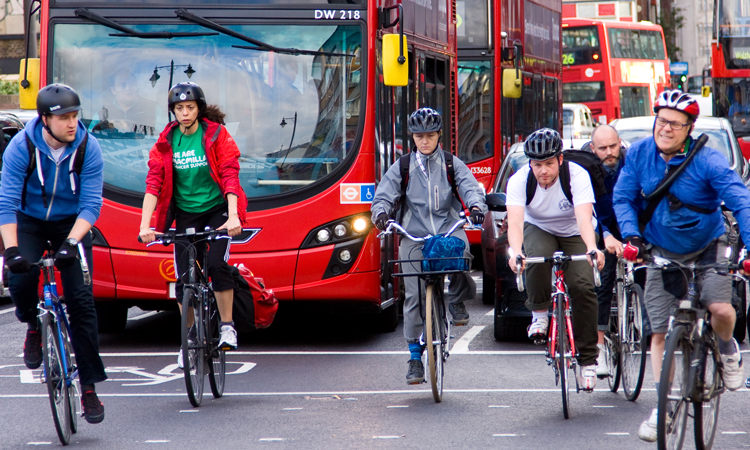 Construction work on a new 3.5km cycle route between Acton and Wood Lane has been scheduled to start in March 2019 – helping make cycling and walking safer and easier in the London Boroughs of Ealing and Hammersmith & Fulham.

Several improvements have been incorporated in the final plans following feedback from local residents and visitors. These include extending the two-way cycle track from Glendun Road to Savoy Circus, as well as widening crossing points to allow people walking and cycling to cross side roads more safely.

The new £10 million route is part of the Mayor’s record investment in cycling and walking. This is designed to help create Healthy Streets across the capital, which enable people to walk, cycle and use public transport more often – benefitting health, air quality and safety.

Will Norman, London’s Walking and Cycling Commissioner, said: “I’m delighted that construction on this protected route will start in just a few weeks’ time. Together with the recently announced route of seven kilometres between Kensington Olympia, Hammersmith and Brentford Town Centre, it will transform cycling in West London and help expand our network of cycle routes across our city.

“We know that there is high demand for cycling in the area and the improved plans will deliver further improvements for walking and cycling, helping reduce car use which is crucial to cleaning up London’s toxic air.”

The scheme will create a new two-way cycle track separated from traffic and pedestrians between Savoy Circus and Kathleen Avenue. The project will also see the shared cyclist and pedestrian space on the southern side of the A40 between Savoy Circus and Wood Lane improved, providing more space to enable more people to get around the area by foot or bike.

Nick Fairholme, TfL’s Director of Programme and Project Delivery, said: “The new cycle route between Acton and Wood Lane will boost safety for people cycling and walking and help to clean up the area’s air. The route is part of our wider plans to grow the cycle network both in west London and across the capital so that even more people are able to enjoy the freedom and health benefits that cycling can offer.”

TfL and the Mayor have committed to expanding the capital’s cycle network at pace and increasing the proportion of Londoners who live within 400m of the cycling network to 28 per cent by 2024, up from nine per cent.

Following the Mayor’s Cycle Action Plan, TfL will soon begin using a single brand for all cycle routes, merging the two existing Cycle Superhighway and Quietway brands into a single system where a Pan-London network is delivered in line with new quality criteria, supported by simple, easy-to-use signs.