TfL’s cycle consultation received more than 5,000 responses, with nearly 60 per cent of respondents either supporting or strongly supporting the proposals. 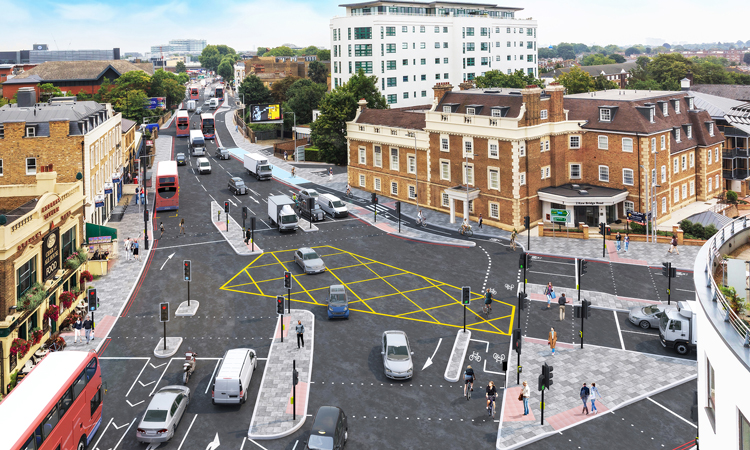 Transport for London (TfL) has developed its plans to start constructing a new seven-kilometre cycle route later in 2019, which is expected to transform the roads between Kensington Olympia, Hammersmith and Brentford Town Centre – making walking and cycling safer and easier.

Alongside this, recent TfL research highlighted the economic benefits of walking and cycling to town centres, with infrastructure improvements such as new cycle routes leading to increased retail spending of up to 30 per cent.

TfL published a report with its responses to issues raised during the consultation on Cycle Superhighway 9 (CS9) and then developed new designs along the route which address the comments raised.

Will Norman, London’s Walking and Cycling Commissioner, said: “I’m delighted that construction on this high-quality route will start later in 2019. We know there is a high demand for cycling in the area and these plans will make it safer and easier, opening it up to even more riders. I’m really pleased that the improved plans will deliver further improvements for walking and cycling, helping to reduce car use which is crucial to cleaning up London’s toxic air.”

TfL is inviting people to have their say on new designs in two sections between Kew Bridge/Kew Bridge Road (High Street Brentford to Wellesley Road); and Duke Road and Duke’s Avenue on Chiswick High Road.

The new consultation also proposes a second southbound traffic lane on Kew Bridge to improve the efficiency of the Kew Bridge junction.

Along Chiswick High Road, the existing space for pedestrians on Duke’s Avenue outside Our Lady of Grace and St Edward Church has been retained, whilst maintaining the proposed benefits for cyclists and the fully segregated cycle track, by removing the right turn lane into Duke’s Avenue.

In Hounslow, TfL is supporting the council with a range of measures including improving pedestrian routes under Kew Bridge and air quality on Chiswick High Road.

Councillor Steve Curran, Leader of Hounslow Council, said: “Hounslow Council is committed to improving facilities for cyclists between our town centres which will help reduce collisions, improve air quality and encourage more physical activity which assists in reducing a number of health issues related to inactivity. This new cycle route could help us achieve that goal. We are encouraged that TfL has worked so hard to try and address issues with the original scheme raised by our residents in the first consultation. We urge people to engage again with this new consultation, the results from which the council will consider later in 2019 when we take a decision on this first phase of the route.”

TfL and Hammersmith and Fulham Council have also agreed to look into opportunities to enable more people to cycle and walk safely along the A4.

The consultation on the revised designs for two sections of the route is now open and will run until 26 February 2019.

Michael Robinson, Coordinator, Hounslow Cycling Campaign, said: “We welcome the new plans for this vital cycle route and are pleased that TfL has listened to local responses. The changes will help link the town centres of Chiswick and Brentford and rebalance their high streets away from motor vehicle traffic in favour of people walking and cycling. This will enhance the environment and improve safety for all. We hope that TfL and the London Boroughs of Hounslow, and Hammersmith and Fulham will proceed with these plans as soon as possible. We look forward to local people of all ages being able to benefit from healthier streets once this long overdue project is completed.”