High levels of traffic are a serious concern in China, and so any effort to encourage travellers to choose rail is welcomed by the government. 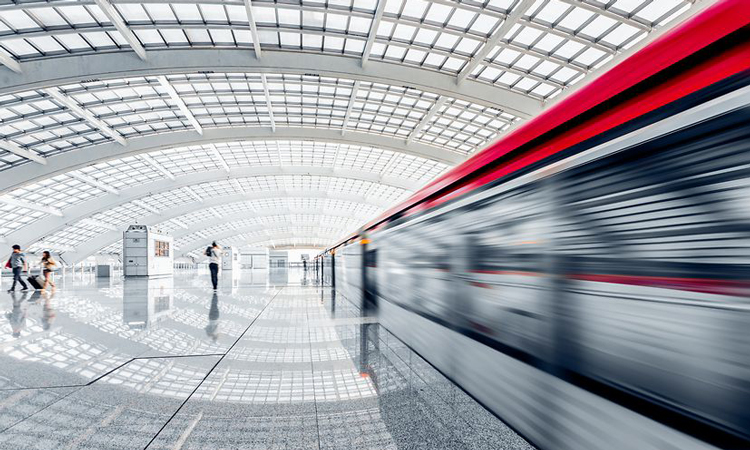 Continental has secured a follow-on order for future metro projects in Shanghai – helping to reduce congestion on China’s roads.

On eight-lane expressways in Shanghai and Beijing, during peak times, cars often struggle to travel half a kilometre in half an hour, making them no faster than walking pedestrians. This causes serious levels of noise and air pollution. To counteract this, new car registrations are now raffled off.

Alongside this, the government is further expanding its railway network and rail fleets to provide commuters with a reliable, more sustainable and relaxed way of travelling. Encouraging passengers to choose rail services over cars will dramatically help reduce the strain on the road, resulting in lower levels of traffic.

With its 16 lines, Shanghai’s metro covers a 637km network every day, with state-of-the-art trains –equipped with Wi-Fi – operating across the system.

Since 1999, the metro trains in this metropolis have been fitted with components and systems from Continental. CRRC has also decided to source Continental Corporation’s products and service for future projects.

“Thanks to our new air spring systems, the Shanghai metro trains travel more quietly and with lower vibration levels than the older models,” said Jianhua Hao, Head of Marketing & Sales at Continental China. This enhances ride comfort for both drivers and passengers alike. “The journeys on the Shanghai metro can sometimes be long, with some lines being 82km in length,” continued Hao. Quieter vehicles definitely contribute to a more pleasant journey.

The planned expansion of the Shanghai metro network (to 22 lines) is scheduled for completion by 2020. The rail network will then cover a total of 970km and is thus expected to be the longest high-speed rail network in the world – complete with state-of-the-art technology from Continental.