Although Nottingham has met its Energy Strategy target, the council is setting itself a more ambitious goal, and will call on residents to assist. 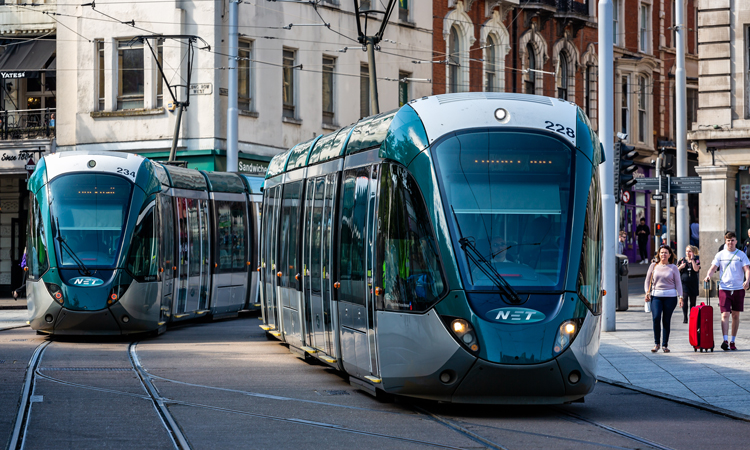 Nottingham City Council has set itself an ambitious target to become the first carbon-neutral city in the UK by 2028.

The city has already met its Energy Strategy target early – a 26 per cent reduction of carbon dioxide emissions by 2020 – and reduced emissions by 39 per cent since 2005. Furthermore, Nottingham is on track to meet its 2020 target of 20 per cent of energy generation from low carbon sources, due to a combination of a reduction in the city’s energy demand and its renewable energy projects programme.

Becoming a more sustainable and green city was achieved by signing the Nottingham Declaration on Climate Change in 2000 with a follow up in 2011; investing in one of the UK’s largest electric bus fleets as well as biogas and retrofitted buses; developing and expanding the tram network, running on electricity from renewable sources; improving cycling facilities; introducing the Workplace Parking Levy; installing solar panels on 4,500 domestic properties; working on innovative projects including a solar-vehicle-to-grid project; and retrofitting 400 homes with energy-efficient measures through the REMOURBAN and Green HousiNG Project.

However, the council wants to do more within the next 12 years, in light of the Intergovernmental Panel on Climate Change’s 2018 Special Report on Global Warming, which warned of the dire consequences of a 1.5 degree rise in global temperatures.

Portfolio Holder for Energy & Environment, Councillor Sally Longford, said: “We have been making good progress for a long time, but it is incumbent on us to do more. We are already seeing the effects of climate change with 650 extra deaths nationally in 2018 because of the heatwave. In Nottingham we have 10,000 properties that are vulnerable to surface water flooding which will increase as the effects of climate change worsen.

“We need to change how we produce and use energy, manage waste and how we travel, and look at things like shortening supply chains by buying goods and services locally. We are looking at a range of schemes that involve innovative technology, such as installing large batteries that can store solar energy – initially at council premises but also exploring this for domestic properties too.

“We will be asking local people to help us to achieve our aim of becoming a carbon neutral city by 2028.”

In October 2018, Nottingham City Council offered taxi drivers the opportunity to trial electric vehicles as part of their ambitions to operate the cleanest fleet in the country.