A new mobility plan will include a 9.3-mile cycle track that connects downtown San Diego to surrounding neighbourhoods. 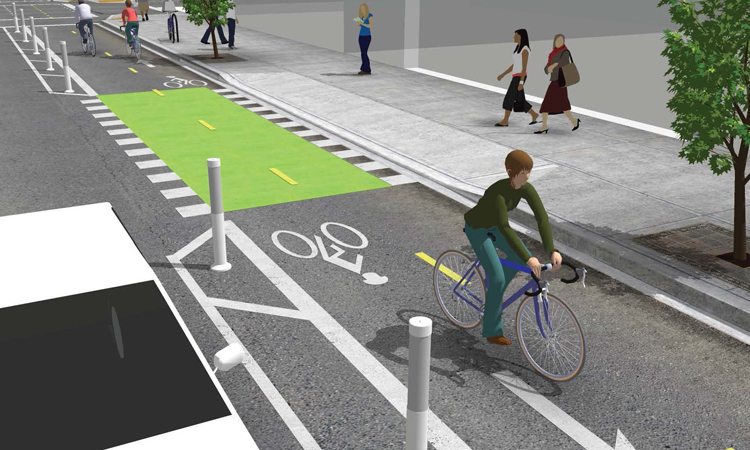 Mayor of San Diego, Kevin Faulconer, has announced that construction has begun on the first phase of the Downtown Mobility Plan, which aims to make it easier and safer for cyclists to travel on the streets of downtown San Diego.

The project calls for the installation of two-way cycle tracks on major arteries in downtown for use by cyclists and scooter riders, creating safer passage from Balboa Park to the San Diego Convention Center as well as other popular destinations.

“As we encourage people to get out of their cars more, we need to build transportation networks that provide safe paths of travel for everyone,” Mayor Faulconer said. “Connecting the popular destinations in downtown to surrounding neighbourhoods is an important step in that direction and will give San Diegans more opportunities to embrace the surge in mobility options over the past year.”

City Councilmember, Chris Ward, said: “The Downtown Mobility Plan is a vital step forward in providing safe infrastructure for all San Diegans, and to meet our mobility goals. San Diegans are ready for new and innovative mobility options as they move around our city, and this investment will improve the quality of life for those living and working in the downtown region, while moving San Diego closer to achieving our Climate Action Plan benchmarks.”

Cycle tracks are a special kind of bike lane that provide a right-of-way designated exclusively for bicycle and scooter travel within the roadway. The two-way cycle tracks will be painted green and will be separated from vehicular traffic by parked cars, flex posts or grade variations.

The 9.3 miles of cycle track in the Downtown Mobility Plan accounts for 16.5 per cent of the total downtown street network. The second and third phases of the plan will be completed over the next three years, including some sections that are part of SANDAG infrastructure projects.