To work across both bus and rail, INIT’s e-fare pilot is launched in Honolulu

With the launch of this new system, passengers can experience smooth travel throughout the island of Oahu using HOLO. 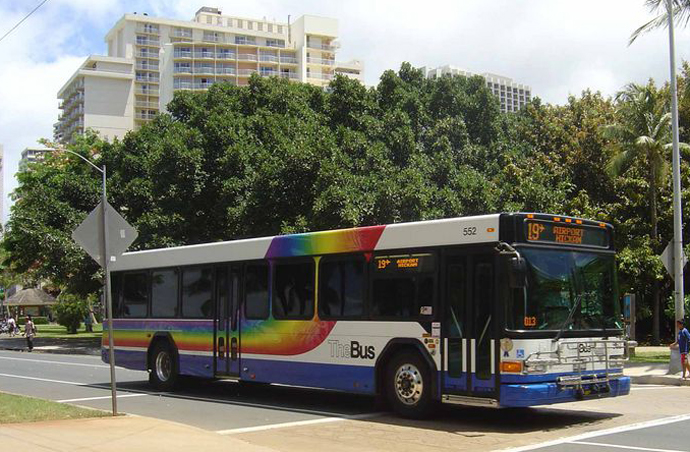 The Honolulu Authority for Rapid Transportation (HART) and the City and County of Honolulu Department of Transportation Services (DTS) have launched the HOLO Pilot, an account-based electronic fare system from INIT.

The HOLO card will be used by passengers on the city’s TheBus system and in the near future, on the rail transit system too. The pilot will run for approximately three months and will be followed by a full technology deployment for TheBus. Roll out on rail is anticipated to start December 2020.

The modern fare collection system, designed and implemented by INIT, delivers real-time fare processing and convenient account management for Oahu passengers, enabling customers to load passes or add value via their mobile device on route to board a bus, from the privacy of their own homes or when visiting retail outlets.

Whitney Birch, HART Fare Collection Manager, said: “The HOLO system offers benefits to customers that make public transit more accessible and easier to use for everyone.”

The HOLO project kicked off in 2016 with system design, leading to the 2018 outfitting of the Oahu Transit Services’ 550 vehicle bus fleet with INIT proximity card readers, driver displays and routers to facilitate the validation of HOLO smartcards and electronic tickets.

The HOLO card will be accepted as payment on the Honolulu rail system, currently scheduled to open its first stations in 2020. INIT is supplying more than 100 ticket vending machines (TVMs) and nearly 140 fare gates for the rail system.

The city is also evaluating the option to incorporate Biki, Honolulu’s new bike-share system, with the HOLO card for a truly intermodal electronic fare system.