The new minibus service is the latest addition to the Uber app in Egypt, joining the UberX, Select and Scooter offerings. 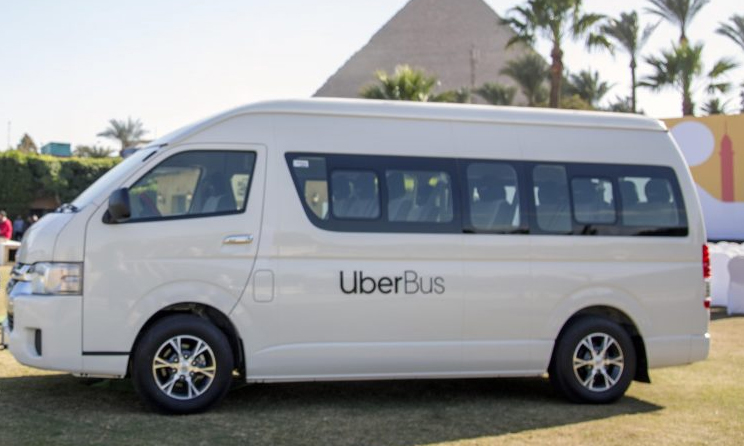 Uber Bus, a product built specifically for Cairo, incorporates Uber technology into the city’s present minibus system to provide safe, seamless and efficient trips. Cairo is the first city ever to be rolling out Uber Bus and represents Uber’s attempt to be more accessible.

When Cairo residents request a bus ride through the standard Uber app, other passengers travelling in the same direction will be found so that everyone can get to their destination with fewer stops. As the rides are shared, the price is affordable enough for everyday use.

Dr. Sahar Nasr, said: “With a global company like Uber choosing Egypt for the launch is a testament to the success of the investment climate after the latest regulatory reforms. Uber’s new investments will benefit from the new investment law and ride-sharing regulations, as well as the roads and bridges the country has put in place, based on the directive of His Excellency President Abdel Fattah El Sisi.

“Having opened its Centre of Excellence in Cairo in 2017 with an investment of around $20 million, Uber has now, in 2018, chosen Cairo once again, this time for the launch of Uber Bus.”

It was also announced that Uber Lite, the new, space-saving app built to work in low connectivity areas and on 99 per cent of Android devices, will be available across the Middle East region early 2019.

Uber Lite was designed to make booking rides quicker and lighter in spotty connectivity, on basic Android phones, and for people with limited data plans. The product is already being tested in parts of the region with plans to roll out early 2019.

Dara Khosrowshahi, Uber CEO, said: “I’m excited to be in Cairo to launch Uber Bus, a product that will improve affordable transportation for millions of Egyptians by using Uber’s technology to enhance the popular minibus system. We are committed to broadening access to the platform with a range of low-cost options that will move more people around town and help cities tackle issues such as congestion. Egypt and the Middle East region are hugely important to Uber and we will continue to heavily invest in this part of the world.”

Uber has been testing Uber Bus since September 2018 to ensure the safety and seamlessness of the product prior to its launch. The initial rollout will start by covering the areas of Nasr City, Heliopolis, Greater Downtown and Mohandeseen, and will expand across Cairo in upcoming months.