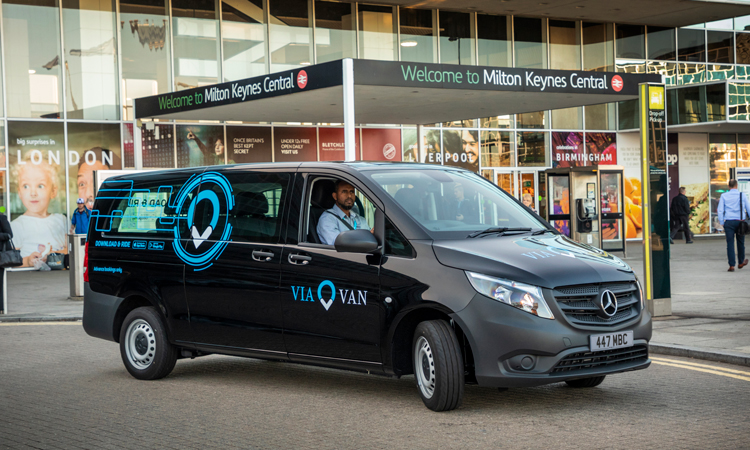 ViaVan has announced the launch of its shared ride service in Milton Keynes, Buckinghamshire – the fourth launch of the shared-ride scheme.

This launch follows the successful debut in Amsterdam and London earlier in 2018 and its partnership with Berlin’s public transit authority, BerlinerVerkehrsbetriebe (BVG).

“Over the next few years, we’re increasingly going to see cities and towns asking how they can provide their residents with transportation that provides the same ease and convenience as private car ownership, and yet still achieves the same environmental and congestion-reducing benefits of mass transit,” said Snyder. “ViaVan is the solution, a platform that integrates with existing transit infrastructure and enables residents to seamlessly travel within the greater London-Milton Keynes area.”

Steve Hayes, Head of Transport at MK Council, added: “Milton Keynes is a great place for transport initiatives with its fast moving grid roads, unique Redway network and a history of trialling new technologies like the driverless pods.

“MK Council is very proactive towards transport innovation and working in partnership with innovative, commercial companies so ViaVan fits in perfectly with our aims to offer a wide range of travel options to everyone. Sharing journeys is something we fully support as one of our key objectives is to reduce our carbon footprint and reduce traffic growth.”

Currently in the UK, Via’s technology powers services in Liverpool and Sittingbourne in partnership with Arriva, and in Oxford in partnership with Go-Ahead. Since launching in London in April 2018, ViaVan has already provided more than 2.5 million shared rides.

Simon Neill, Sales Director, Mercedes-Benz Vans UK Ltd, said: “We are very proud to be working closely with our ViaVan colleagues to help Milton Keynes benefit from this service. The bundling of rides will play its part in helping to ease the traffic and at the same time, many commuters will see a real benefit in terms of end-to-end mobility.”