The Cowlines app aims to make car-free travel the norm in metropolitan Vancouver, with plans to expand across the United States later in 2018. 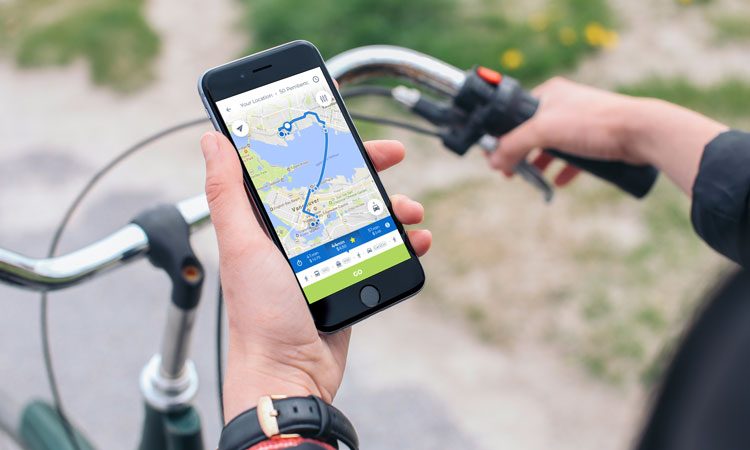 A new app hoping to change urban mobility for the better across urban Vancouver, and later throughout more of North America, has launched on Apple’s App Store.

The app, named Cowlines, is designed to help cities ease congestion and reduce greenhouse gases from transportation by offering car-free travel options to its users.

Citizens of Vancouver have been taking part in a beta testing programme for Cowlines since March 2018, and the results have shown that the app has been consistently beating Google Maps when it comes to car-free travel time around Vancouver and the Fraser Valley, regularly delivering up to 40% faster trips around the Lower Mainland. The app provides users with three route options: fastest, cheapest and best. These offer commuters more choice and allow people to track verifiable CO2 emissions so they can choose the most environmentally friendly transportation options.

“We chose to launch in Vancouver to support the Greenest City 2020 initiative and because the environment here is geared towards environmentally conscious policies. Vancouver is a living city, it’s transit-friendly and is also considered the car-sharing capital of North America”, said David Oliver, Greenlines’ co-Founder and CEO. “Cowlines enables a modal shift, from private vehicles to shared mobility, which is key to help the city achieve its strategic targets in emissions reductions in transportation.”

In the Lower Mainland, Cowlines currently integrates TransLink, West Coast Express, BC Transit, Modo Car Co-op, Mobi bikes, Aquabus, False Creek Ferries and taxis. Ride-hailing services like Uber and Lyft are already integrated in the platform and will be available in the app once BC approves them. In preparation for expansion across North America, Cowlines has integrated hundreds of public transit agencies, bike sharing programs, car sharing, ride-hailing, taxis and many others. Cities around the world, from Jakarta to New Delhi, have expressed their interest in deploying the app, too.

Multimodal travel is in the limelight as the European Commission named 2018 the ‘Year of Multimodality’ and the British Parliament launched an inquiry to explore multimodal transport solutions. In BC, TransLink has launched ‘Seamless Mobility’ as its first open innovation call, specifically looking to deploy multimodal platforms in metro Vancouver.

Within six months, the app will be available in cities with a cumulative population of more than 60 million people, including the metro regions of Seattle, Portland, Los Angeles, San Francisco, San Jose, Oakland, San Diego, Toronto, and NYC.