The new partnership will deploy a portable passenger screening technology that will help detect weapons and explosive devices on L.A.’s transit system. 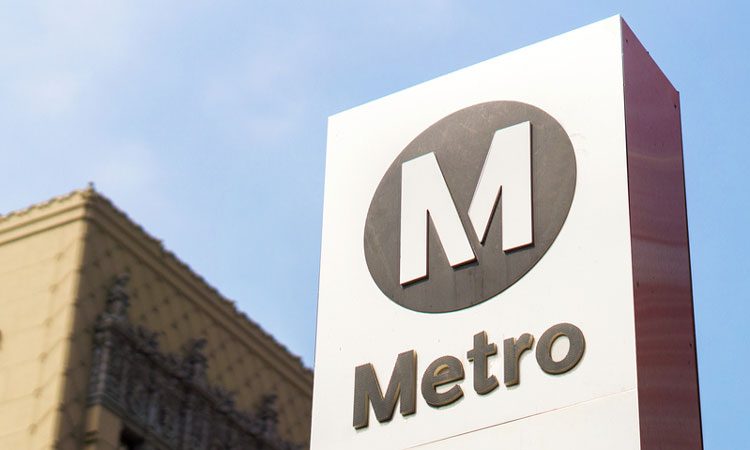 Metro is the first surface transportation agency in the nation to purchase such an advanced security device to help keep transit riders safe from person-borne improvised explosive devices or other weapons that are intended to cause mass casualties.

The units can be placed at locations throughout the Metro system and are equipped with software that quickly and unobtrusively screens individuals for concealed threats.

Any object that blocks the naturally occurring waves produced by a person’s body (metallic or non-metallic) will be identified. When an object is hidden in clothing or strapped to a person, these waves are blocked and detected by the system’s software. The software generates generic avatars and creates either a black spot on the area of the body where the item is concealed or overlays a colour indicator. The technology does not emit radiation of any kind and no anatomical details are displayed.

The device allows law enforcement agents and security teams to screen rail and bus patrons without disrupting foot traffic and to take decisive, preemptive action if suspicious items are found.

TSA Administrator, David Pekoske, said: “TSA applauds the leadership of L.A. Metro for its proactive efforts to evaluate, procure and use state-of-the-art technology designed to detect potential threats to the transit system. TSA is pleased to have been a partner during the evaluation and testing process, which ultimately led to the purchase of a recommended system to help detect and deter potential acts of terrorism while keeping the travelling public safe.”

The Thruvision technology was tested extensively by TSA. Metro tested the technology at its 7th Street/Metro Centre Station over the last year.

“Metro has been an industry leader in testing new technologies to meet evolving threats to our public transportation infrastructure,” said Sheila Kuehl, L.A. County Supervisor and Metro Board Chair. “This new technology will augment our already aggressive safety and security measures and help us proactively deter potential attacks to our system.”

TIER to use new mapping technology to tackle scooter misparking

One response to “TSA and L.A. Metro improve passenger safety with an advanced screening system”