Not only has the Arizona testing programme closed, the United States National Transportation Safety Board (NTSB) has published its findings on the crash, with the results likely to set Uber’s efforts back considerably… 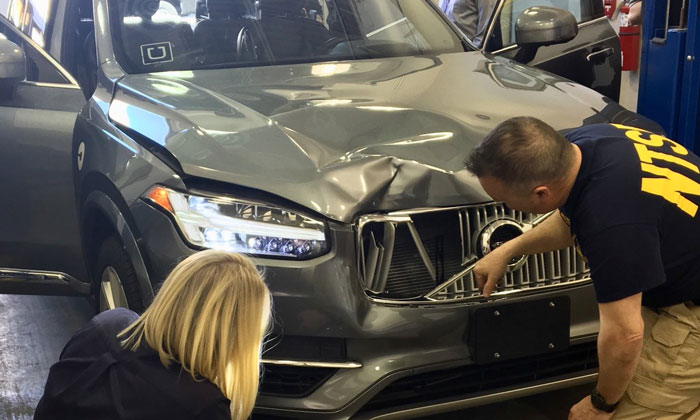 Following the fatal crash between Uber’ autonomous Volvo XC90 SUV and a pedestrian in March 2018, Uber has decided to close its self-driving car programme in Arizona.

Immediately after the accident, Uber suspended the self-driving tests and the governor of Arizona suspended Uber’s ability to test autonomously on public roads. Now, it has been confirmed the Phoenix project officially shut down.

The United States National Transportation Safety Board has since revealed that six seconds before impact, the autonomous car detected the victim, Elaine Herzberg. She was first classified, by the Volvo, as an unknown object, then as a vehicle and then as a bicycle. At 1.3 seconds before the collision, the self-driving system alerted the need for emergency braking, however this software was not enabled, apparently to reduce potential erratic vehicle behaviour.

In an internal email, Uber Executive, Eric Meyhofer stated: “We have decided to refocus the bulk of our efforts in our engineering hubs in San Francisco and Pittsburgh. This is the best path forward as we work to get back on the road as soon as possible.

“When we get back on the road, we intend to drive in a much more limited way to test specific use cases in concert with our Software and Hardware development teams. Taking this approach will allow us to continually hone the safety aspects of our software and operating procedures.”

The ride-hailing company are focusing on limited testing in Pittsburgh, Pennsylvania and two cities in California, with the aim to resume self-driving operations in summer of 2018.

Arizona has ideal conditions – wide, flat roads with good weather – for autonomous testing, however now Uber will have to tackle not only the cautious concerns of the public and authorities, but the challenge of testing in congested cities with rain, fog, snow and ice.