After an unfortunate accident on a road in Arizona, which resulted in the death of a pedestrian, Uber has halted their autonomous testing in North America and a legislation fighting for the introduction of self-driving cars is unlikely to be granted… 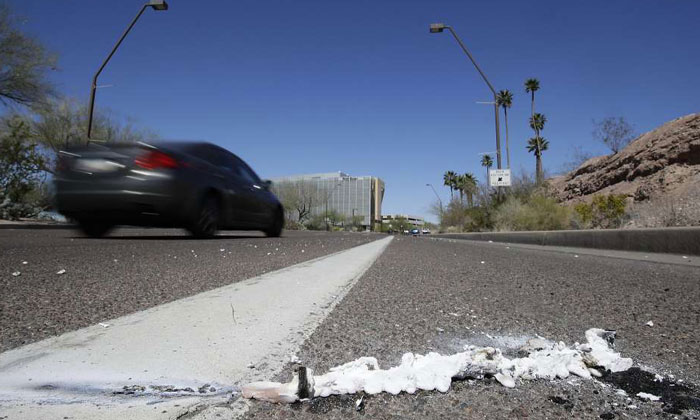 Autonomous vehicle testing in North America has been halted after a self-driving Uber collided with, and killed, a pedestrian in Arizona.

The vehicle was a Volvo XC90 SUV and the accident marks the first fatality involving an autonomous vehicle.

‘Robot-cars’, once fully developed, were anticipated to reduce motor vehicle fatalities, however this accident poses a potential problem to the technology that is expected to transform transportation, emphasising the doubts surrounding autonomous vehicles.

“This tragic accident underscores why we need to be exceptionally cautious when testing and deploying autonomous vehicle technologies on public roads,” said Democratic Senator, Edward Markey, a Member of the Transportation Committee.

Volvo has stated that the software controlling the vehicle was not its own, and Uber has temporarily suspended their North American tests of self-driving vehicles.

The issue of ‘the responsible party’ within an autonomous crash has been a point of concern throughout the development of self-driving technology. To help determine a conclusion for this accident, video footage will be used and the case submitted to the district attorney.

The victim was Elaine Herzberg, 49. She was walking her bicycle outside of the pedestrian crossing on a four-lane road in Tempe, Arizona around 22:00 on Sunday 18 March. The vehicle collided with her at a speed of almost 40mph.

The vehicle was in autonomous mode however there was an operator behind the wheel. Herzberg later died from her injuries in hospital.

“The pedestrian was outside of the crosswalk. As soon as she walked into the lane of traffic she was struck,” said Tempe Police Sergeant, Ronald Elcock. He was not sure how close Herzberg was to the vehicle when she stepped into the lane.

The San Francisco Chronicle reported that Tempe Police Chief, Sylvia Moir, said that from viewing videos taken from the vehicle: “It’s very clear it would have been difficult to avoid this collision in any kind of mode (autonomous or human-driven) based on how she came from the shadows right into the roadway.”

Elcock commented: “They are going to attempt to try to find who was possibly at fault and how we can better be safe, whether it’s pedestrians or whether it’s the vehicle itself.”

Recently, Uber and Waymo pitched to Congress to pass a legislation that would speed up the introduction of self-driving vehicles into the U.S. Some Democrats were dubious over safety concerns and consequently blocked the legislation: this fatality is likely to hinder passage of the bill.

“Arizona has been the wild west of robot car testing with virtually no regulations in place,” said Consumer Watchdog, a non-profit consumer advocacy group, in a statement. “That’s why Uber and Waymo test there. When there’s no sheriff in town, people get killed.”

Uber has said its ability to build autonomous cars is essential to its success in the changing transportation industry. The company foresees a network of autonomous cars that would that would supplement – and eventually replace – human-driven cars.

Before autonomous vehicles flood the roads, it is clear that safety concerns need to be investigated and the technology tested vigorously.