Demand surpasses capacity at InnoTrans 2018 by around 5,000m²

Space is in high demand for exhibitors at InnoTrans 2018, with so much interest confirming the decision to build a new hall for the trade fair in 2020… 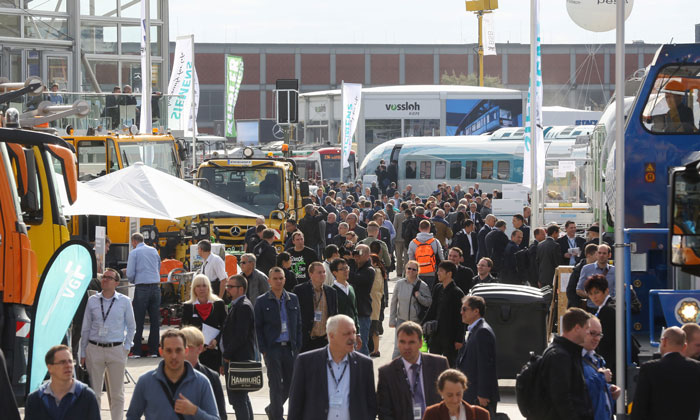 With just over four months before the trade fair is due to begin, there is a huge demand for space at the world’s leading fair for transport technology. Bookings are outstripping capacity on the Berlin Exhibition Grounds in unprecedented manner.

At InnoTrans 2018, around 100 more main exhibitors have registered compared to the previous event and the current waiting list is for approximately 5,000m² of floor space. This year, 224 companies will be exhibiting for the first time in Berlin. The high level of demand is proof that the world’s leading transport trade fair offers exactly what the industry needs. More than 60 per cent of exhibitors are from abroad, including from New Zealand, which will be represented for the first time.

In order to satisfy the high demand Messe Berlin is building a new hall (hub27) which will occupy around 10,000m². However, this hall will not be ready for InnoTrans rentals before 2020. Therefore, in 2018, there will be a drastic reduction of the Outdoor Display. However, InnoTrans is making every effort to satisfy exhibitors’ wishes by optimising available space. Rail track capacity will not be affected by the new building.

Some exhibitors are planning two or three-storey booths to make the best possible use of their available space. The catering areas have already been moved outdoors and the aisles have been reduced to the minimum permissible width. The next two months will tell whether every request can be fulfilled.

InnoTrans 2018 located in Berlin, Germany, has managed to include sections focused on the railway sector’s capability and potential, their high usage of renewable energies and how the railways are pioneering zero-emissions electric transport to offer a wide range of services.

The trade fair in 2016 saw 2,955 exhibitors from 60 countries, across the five segments at InnoTrans (Railway Technology, Railway Infrastructure, Public Transport, Interiors and Tunnel Construction), who presented their innovations to 137,391 trade visitors from 119 countries.