A hugely positive response to the Cycle Superhighway 9 plan shows the support behind the project; now, Transport for London need to analyse the results and decide the next step… 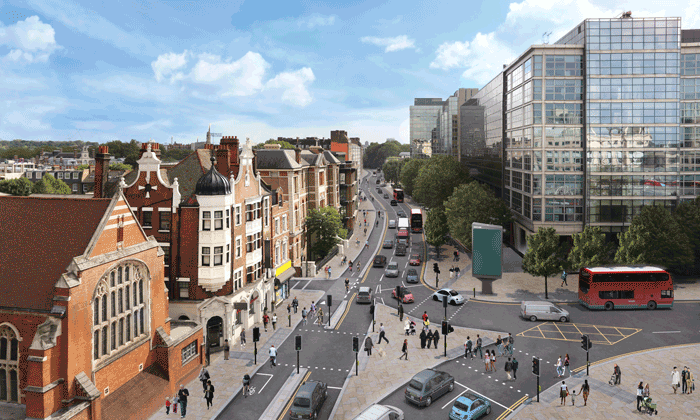 Transport for London (TfL) has published the results of the consultation for Cycle Superhighway 9 (CS9), showing nearly 60 per cent of respondents are in support of the plans for west London.

More than 5,000 people responded to the Mayor’s proposals to improve cycling and walking in West Kensington, Hammersmith, Chiswick and Brentford town centre and the results demonstrate clear overall support. TfL is now reviewing the responses to determine the best way forward and will publish a full report later in 2018 detailing solutions to issues raised and confirming the next steps.

Will Norman, London’s Walking and Cycling Commissioner, said: “It’s great news that our plans to improve walking and cycling in west London have been backed by Londoners. Cycle Superhighway 9 will improve safety for cyclists and make the area more attractive for pedestrians, providing real benefits to the whole community.”

CS9 forms a key part of the Mayor’s planned cycling and walking improvements for the Capital. It would offer a safer route for cyclists with easier access when crossing roads and stop rat-running on some residential roads; making west London a more pleasant place to live, work and visit.

The proposal included nearly 6km of segregated cycle tracks from Kensington Olympia to Brentford, meaning nearly 12km of segregated cycle route in total would be added to the Capital’s streets. It would also allow cyclists to bypass Hammersmith Gyratory and navigate Kew Bridge Junction; increasing safety. Through traffic would be removed from Wellesley Road and Stile Hall Gardens and there would be five new, and more than 20 upgraded, pedestrian crossings.

Fran Graham, Campaign Coordinator, London Cycling Campaign (LCC), said: “It’s fantastic to see huge public support for Cycle Superhighway 9. This new route will be the first of its kind in west London, creating much-needed protected space for cycling, making it much safer and enjoyable for many more people to cycle their everyday journeys in and through the area. Alongside tackling several dangerous junctions, CS9 will take the Mayor another step towards fulfilling the commitment made to LCC members and all Londoners, to triple the amount of protected space for cycling on our dangerous main roads.”