Cyclists and commuters from Hollinwood and further afield in Manchester can now benefit from newly opened, secure cycle parking at the town’s Metrolink stop… 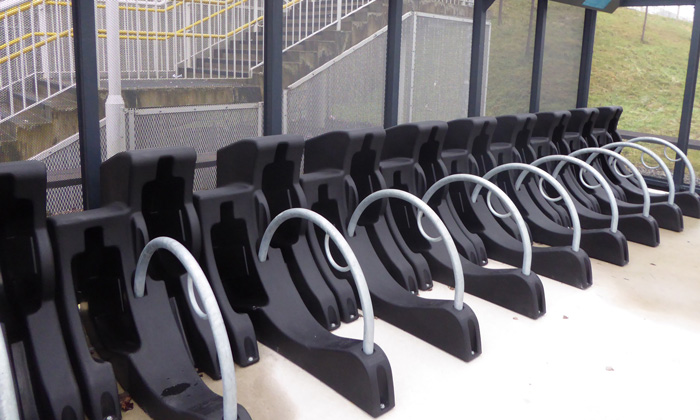 Transport for Greater Manchester has installed a new cycle hub in Hollinwood, providing 20 enclosed cycle parking spaces at the tram stop, a bicycle pump and a repair stand in an effort to encourage more commuters to cycle.

This will add to hundreds of parking spaces available in a growing network of local cycle hubs across Greater Manchester, implemented with the aim to encourage more people to choose cycling as part of their daily journey. As a result, this would alleviate road congestion, improve the air quality and lead to healthier lifestyles.

To be a member of TfGM’s Cycle Hub scheme costs £10 per year, which purchases access to district hubs across Greater Manchester, all of which are protected by smartcard access and CCTV coverage for extra security.

Funded by the Department for Transport, the district cycle hub, and the major cycle hubs at MediaCityUK in Salford and City Tower in Piccadilly at Manchester also contain showers and personal lockers

Councillor Chris Paul, the TfGM Committee’s Cycling and Walking Champion, said; “The new cycle hub is great news for Hollinwood, as being able to park your bike in a secure space makes it much easier and more attractive to use a bike for part or all of your commute.

“I hope people will take this chance to make a beneficial, long-term change to the way they travel – potentially saving money, getting some fresh air, and helping improve air quality and congestion by getting on their bikes.”