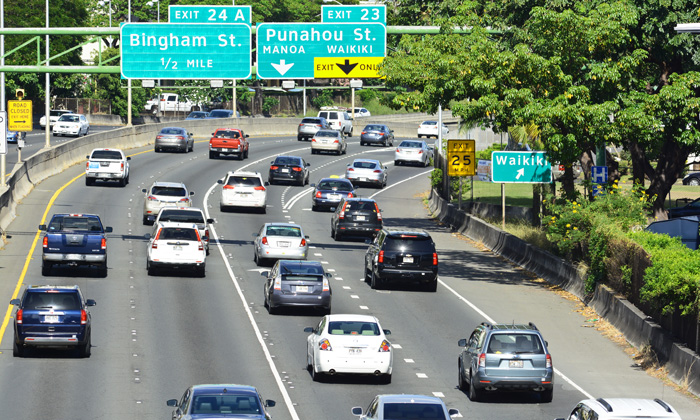 According to the Blue Planet Foundation, readers from all four counties in Hawaii pledged to transition all ground transportation in their counties off of fossil fuels by 2045.

The 100 per cent renewable transportation proclamations were signed on the Polynesian voyaging canoe Hokule’a. By signing the proclamations, the leaders set the target and pledged to transform Hawaii’s public and private ground transportation to 100 per cent renewable fuel sources by 2045. Resiliency and sustainability in the face of a changing climate will be required to succeed.

“This goal has been one of the key missing pieces in our clean energy puzzle,” said Jeff Mikulina, Executive Director of Blue Planet Foundation, a non-profit organisation committed to solving the climate change challenge by clearing the path for 100 per cent clean energy.

The announcement guides Hawaii toward more economical modes of transportation for residents, as operating and maintaining an electric vehicle costs about one-third less than operating a fossil fuelled vehicle. As the gasoline and diesel use in vehicles has recently increased, this change to eradicate use of fossil fuels will have a big effect on the communities; ecologically and economically. 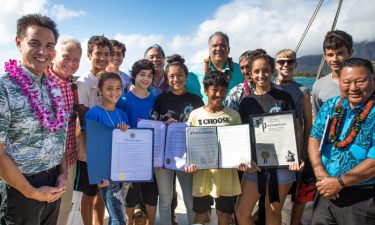 Setting a fossil fuel-free target is critical in the face of climate change. Ground transportation accounts for more than one-quarter of Hawaii’s imported fossil fuel consumption and greenhouse gas emissions.

The four counties are the first in the nation to announce a shared commitment for such a bold goal. The proclamation builds off the 2015 state law that mandates 100 per cent of Hawaii’s electricity be generated by renewable sources by 2045 – the nation’s first such benchmark. The proclamations coincide with the state’s recent commitment to the goals of the Paris Climate Agreement, which seeks to reduce greenhouse gas emissions and keep global warming below 1.5 degrees Celsius.

“We believe this goal will send a market signal that Hawaii is open for investment in a clean, affordable and modern transportation future,” said Mikulina. “Hawaii just put an expiration date on fossil fuels.”

The mayors of Honolulu and Maui also pledged to transition all of their fleet vehicles to 100 per cent renewable power by 2035.