Today’s critical control rooms are facing increasing challenges across the board, from rapidly evolving technology to managing operational changes… 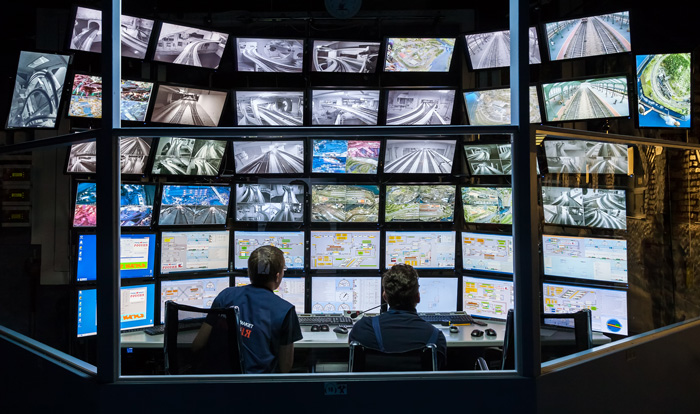 According to research carried out by analysts IHS Markit, the global market for command and control room technologies and services was estimated to have been worth $4.99 billion in 2016 with North America estimated to have generated the most revenue, achieving $1.8 billion.

The installed base of control rooms is approaching 240,000 worldwide. Public safety growth is forecast to be low because of efficiencies, both in cost savings and operations, leading to an increase in the consolidation of public safety control rooms. The transport and utilities sectors are both forecast to grow steadily. Benefits of consolidation include improved emergency response due to better collaboration, enhanced technology because of bigger budget pools and increased visibility into operations. This will save both personnel resource costs and time needed to the address incidents.

These and other issues around the control room market will be discussed in detail at the International Critical Control Rooms Congress (ICCRC), due to take place in Geneva from 5-7 December. Produced by TCCA’s International Critical Control Rooms Alliance (ICCRA) Working Group, the ICCRC is the only dedicated event in the world focusing on the complete ecosystem for critical control room environments. This established event is set to bring together key decision makers looking to share and engage with key market insights.

Peter Prater, ICCRA chair, said:  “Today’s critical control rooms are facing increasing challenges across the board, from rapidly evolving technology to managing operational changes. This event is an opportunity to share best practices around the convergence of control room functions, dispatching and security, and safe and smart city initiatives.”

North America has the biggest installed base of public safety control rooms with almost 6,000 public safety answering points (PSAPs) in the United States alone. The Western European installed base is consolidating in some countries in Eastern Europe, in the Netherlands and especially in the Nordic countries. Other Western European countries, for instance Germany and France, will likely maintain a high installed base of control rooms and only consolidate slowly, owing to their governance structure. In Western Europe, there is a strong need for services and consulting as the transition to digital communications continues and broadband LTE takes place. In addition, the integration of analytics technologies, social media and digital evidence management are supporting the market.

Asia Pacific continues to expand its installed base of control rooms across sectors, including public safety. The Middle East and Africa are experiencing a similar trend as countries in these regions develop their emergency response infrastructure to handle more demands on call-taking software. This is due to increasing emergency incidents coming from expanding populations and education surrounding the role of emergency services.

The focus on voice has begun to change in favour of more computer-aided dispatch (CAD) and data focused solutions. Further data such as incident information, videos and images can be made available to resources in the field via tablets or smart phone devices. Additionally, such devices, which run on a broadband network, can be significantly cheaper than their radio counterparts. For this reason, especially in particularly price-sensitive regions such as APAC, there has been a strong preference for broadband devices and CAD systems over radio and voice dispatch.

New applications and technologies are being integrated within the control room and need to be centralised within the CAD. Video, sensors, altering, advanced GIS analytics and other technologies can all be connected to CAD, making it a much faster and more efficient process than ever before.

Alex Richardson, Critical Communications Analyst with IHS Markit, said: “With Australia, Dubai, Japan, South Korea, the US and UK going ahead with plans to build out national public safety broadband networks, the LMR and traditional voice dispatch markets will continue to experience pressures from the entry of broadband-based communications, and systems like CAD, Room Management System (RMS), and logging will gain greater importance.

“The value of such contracts will only increase because of the vast range of new data inputs they will be required to manage. We see these networks as ecosystem expanders, increasing the value of the control room market beyond traditional applications.”

Putting collaboration at the heart of MaaS