Nexus, the public body which owns and manages the Tyne and Wear Metro, is to build an £8.4 million railway-skills training centre in South Shields… 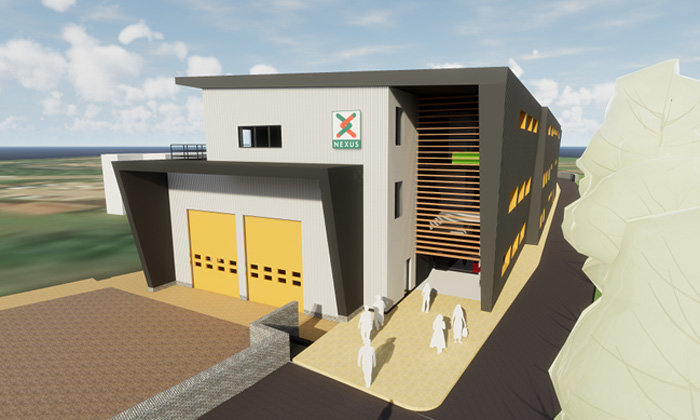 Used as the training base for more than 1,000 people who work on metro, The Metro Maintenance and Renewals Skills Centre will be a state-of-art, bespoke training centre for Nexus to deliver a wide range of infrastructure and operation training to staff.

The project is being funded through a £7 million grant from the Government’s Local Growth Fund Deal through the North East Local Enterprise Partnership and a £1.4 million contribution by Nexus. Recent analysis shows every £1 of Local Growth Fund’s investment has the possibility to generate £4.81 in benefits, meaning this new facility has the opportunity to make a large impact on the town. Managing Director of Nexus, Tobyn Hughes, agreed: “Our new £8.4 million rail skills centre will deliver a step change in the quality of training that we can provide to our staff, contractors and industry partners.

“Vastly superior to the training facilities we have at the moment, the huge benefits will affect our workforce and the long term future of the Tyne and Wear Metro system.”

There will also be space at the new training centre to stable a small number of metro trains and maintain them outside of the main fleet depot in Newcastle.

David Land, board member for the North East LEP, said: “The new training centre will be a fantastic facility for Nexus and a great addition to South Tyneside. We are delighted to support this project which aligns perfectly with the North East Strategic Economic Plan and highlights that improving skills in our workforce is fundamental to create more and better jobs across the region.”

Also pleased with the location for the new training centre is Councillor Iain Malcolm, Leader of South Tyneside Council, who said: “Nexus’ decision to locate their training centre in South Shields is further evidence of the rising confidence in the town centre as a place to do business. The new skills centre will be another piece of the jigsaw in South Shields’ transformation and will bring huge benefits to the town.”

The Skills Centre will be built within the existing metro sidings between Mile End Road and Salem Street in South Shields, on the site of the town’s original railway station, which was closed when the metro line was built in the early 1980s.

Set to be built by the construction firm Galliford Try, work on the new building is scheduled to start next April with the aim for completion to be early 2019.