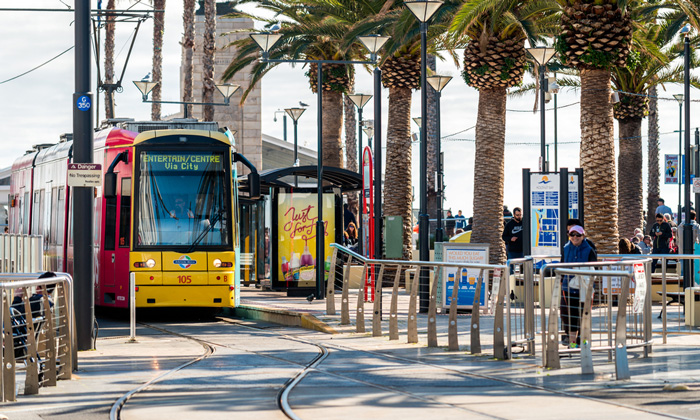 The Department of Planning, Transport and Infrastructure (DPTI) for South Australia, in collaboration with Masabi, is working to test the feasibility of smartphone-based payments on South Australia’s public transport network.

The trial, which makes the Adelaide Metro Australia’s first transit system to test such a scheme, will run for two months in South Australia, and is enabled by Masabi’s Justride platform. It is being tested by 50 DPTI employees on city trams across Adelaide, as well as on SouthLink operated Hills and Outer South Express bus services.

“More and more cities around the world are adopting our mobile ticketing technology, making journeys easier for passengers while also saving money and increasing efficiency for transport authorities,” said Brian Zanghi, CEO of Masabi. “Following on from successful deployments in cities such as New York, Boston, Los Angeles and London we are delighted to be demonstrating our technology in a major Australian city.”

As part of the trial, Mastercard is providing its gateway services to facilitate test payments linked to South Australia’s acquirer, Commonwealth Bank of Australia.

“The problems mobile ticketing solves are familiar to commuters around the world. Having to wait in line to buy a ticket, needing the correct change or having to top up a smartcard, all waste time and create hassle,” said Brandt Olson, CIO of Keolis International. “This trial in Adelaide using the Justride platform of our global smart ticketing partner, Masabi, allows the benefits of truly smart ticketing to be shown in another major global city and we are excited to see the outcome.”