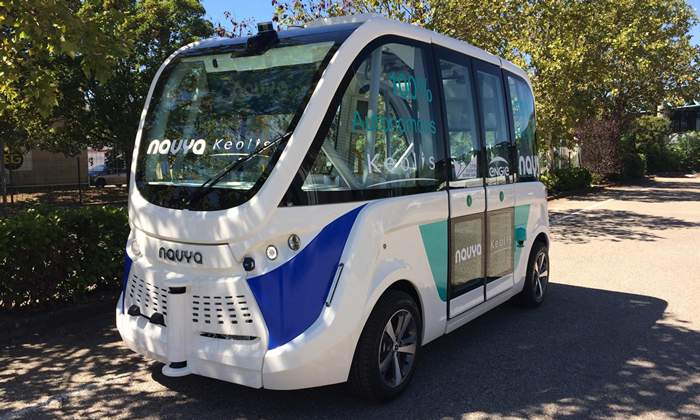 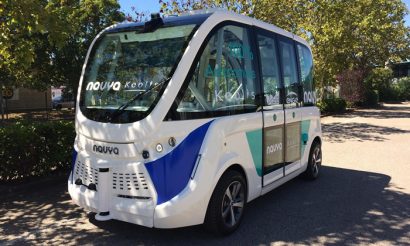 The NAVYA shuttles will travel on a loop around the park, serving four stops and taking around 12 minutes per trip and will run until 30 September 2017.

This is the first time the NAVYA shuttles have been trialled in the UK by transport group Keolis, the operator of the UK’s only other fully autonomous network, the Docklands Light Railway. The partnership is looking at the possibility of using these vehicles for a range of locations, including airports, hospitals, university campuses, tourist attractions and shopping centres.

“We are delighted to be a part of the event here at the Queen Elizabeth Olympic Park and to be given the opportunity to showcase our innovative smart mobility solution in this emblematic location which is in itself, a representation of change and innovation,” said Alistair Gordon, chief executive of Keolis UK.

The shuttles use state-of-the-art sensors, cameras, odometry and GPS mapping to navigate a programmed route and detect obstacles in its path without a driver.

The trial will showcase how autonomous vehicles could transform integrated public transport and offers people a chance to experience this innovative technology for themselves. It also aims to demonstrate how its technology can be used to provide an innovative, smart and sustainable solution for ‘first and last mile’ journeys that complement other forms of public transport.

“The challenge for future cities is developing sustainable, integrated transport networks that work for the passenger,” added Alistair Gordon, Chief Executive of Keolis UK. “Autonomous technology is just one of the innovations we’re exploring to help deliver this and revolutionise public transport in the UK.”

The service is the result of a partnership between Keolis, NAVYA, Queen Elizabeth Olympic Park, ENGIE, Here East and Our Parklife.