Transport for London (TfL) has confirmed over 10 million journeys have been made using the capital’s new bus/tram Hopper fare since its launch in September. 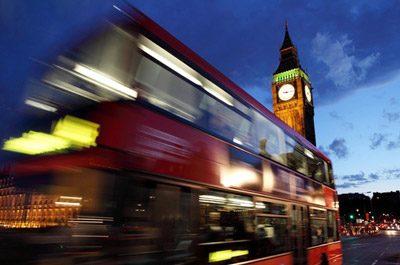 Transport for London (TfL) has confirmed over 10 million journeys have been made using the capital’s new bus/tram Hopper fare since its launch in September.

On 12 September, Mayor of London Sadiq Khan launched the capital’s new Hopper fare enabling passengers to take a £1.50 bus or tram journey and then change onto another bus or tram for free within one hour of touching in at the start of their journey.

TfL has confirmed that since its launch, more than 10 million journeys have been made using the fare. The benefit is given to anyone who uses pay as you go with a contactless bank payment or Oyster card.

Commenting on the incentive, Mayor of London, Sadiq Khan said, “I’m delighted that the ‘Hopper’ fare is making such a big difference to the lives of Londoners. We must ensure that everyone can afford to travel around our city, particularly people who rely on public transport to get to work or to study.

“10 million journeys so far exceeds all my expectations, and the amount of people using the ‘Hopper’ shows how vital our buses are to the lives of Londoners all across our city.

“Alongside our commitment to freeze all TfL fares, our ‘Hopper’ fare is a crucial part of our plans to make it more affordable to live and work in London.”

The most popular bus to ‘Hop’ onto is the Route 18, which runs from Sudbury & Harrow Road station to Euston Station via Kensal Green. 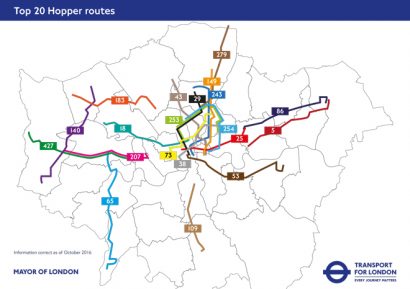 Shashi Verma, Chief Technology Officer at TfL, said: “The ‘Hopper’ fare is helping Londoners across the city save money while and encouraging further use of buses and trams.  We will continue to work tirelessly to make it easy for people to use our services with simple ticketing and the latest real-time travel information. I encourage our customers to use contactless bank cards and Oyster cards with their automatic fare capping, which could save money on paper tickets.”

Lianna Etkind from Campaign for Better Transport added: “It is great that the ‘Hopper fare’ is making travel by public transport more affordable and encouraging more Londoners to use the bus to get around the city.

“London roads are already at bursting point so we need to see more people on the bus and out of their car, which not only helps with congestion but with the already dangerous levels of pollution in London.”

TfL is now working on delivering unlimited bus and tram transfers within one hour. However, this is currently not possible due to limits with existing technology.

Furthermore, from 2018, passengers who travel on a Tube or train between their two or more bus or tram journeys will also be eligible for the Hopper fare.