Consultation launched on the future of transport in Greater Manchester

Residents of Greater Manchester are being invited to have their say on the regions transport strategy with the launch of a 12-week consultation. 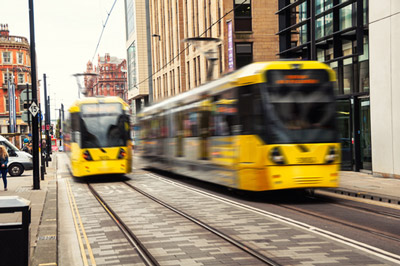 Residents of Greater Manchester are being invited to have their say on a draft long-term transport strategy with the launch of a 12-week consultation.

On 04 July a 12-week consultation was launched by Tony Lloyd, Interim Mayor of Greater Manchester, to give local people the opportunity to provide their views on the future of travel to support the long-term needs and aspirations of the Greater Manchester region.

The Greater Manchester Transport Strategy 2040 – developed by Transport for Greater Manchester (TfGM) on behalf of the Greater Manchester Combined Authority (GMCA) and Greater Manchester Local Enterprise Partnership (LEP) – sets out long-term proposals to create a cleaner, greener, more prosperous city region through better connections and simpler travel. The Strategy considers all aspects of travel from local neighbourhoods to global markets and focuses on creating an integrated, sustainable, and a co-ordinated transport system which supports a wide range of different travel needs.

Today’s launch builds upon the publication of the 2040 Vision for transport in Greater Manchester, consulted on during summer 2015. In conjunction with the Strategy, TfGM is consulting on a five-year delivery plan which details the first stage of implementation.

Mayor of Greater Manchester Tony Lloyd said: “This is about creating a world-class transport system for the future that will help us realise the ambitions of this great city region of ours.

“An effective transport system supports a strong economy and it has a major bearing on people’s health and well-being by connecting people and communities, encouraging more active travel and improving our environment.

“Greater Manchester is changing. Our population and economy are growing, and we are making more decisions about jobs, housing and transport here in GM.

“The Greater Manchester Transport Strategy 2040 is about creating long-term plans to help build a successful, resilient Greater Manchester, ready for future challenges and opportunities. We’re now handing over to the public and I’d like to encourage as many people as possible to have their say on these proposals and help to shape the future of transport in our region.”