While 14 per cent of 19-23 year-olds have said that they have adopted public transport as they are keen to reduce their carbon footprint, a large majority have cited an increase in the cost of motoring as another factor. 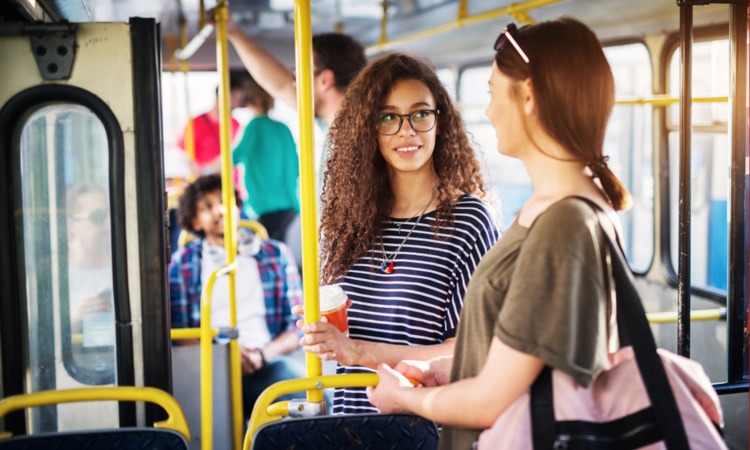 A total of 72 per cent of 19-23 year olds say that they are using public transport more now than three years ago, according to an Expressway survey conducted outside of Dublin. This is a significant increase in the number of young people choosing public transport over private cars.

The survey, commissioned by Expressway – who is Bus Éireann’s commercial intercity service – and conducted by Bounce Insights among 515 young adults found that currently, 16 per cent of young adults outside of Dublin use public transport as their main mode of transport.

When asked why they use mass transit more now, they said that:

In addition, 14 per cent of those that had been surveyed also referred to the environmental impact of car usage, saying that they wished to reduce their carbon footprint.

Overall, the survey reveals that cost is the major factor for young adults switching to public transport. Of those who drive, a large majority report that the cost of motoring has increased for them in the past year.

Despite half of young adults using public transport to get to university or college, with 60 per cent doing so on a daily or weekly basis, more than four in 10 (41 per cent) do not have a TFI Student or Young Adult Leap card, missing out on substantial savings.

“We are delighted to see that young adults are increasingly choosing public transport to connect with who and what matters to them. Whether it is for travelling to college, work or for socialising, there has never been a better time to be a public transport user, or to try public transport for the first time,” said Eleanor Farrell, Chief Commercial Officer of Bus Éireann. “I am also delighted to see that of the young adults outside Dublin who are switching to public transport, 55 per cent are choosing Bus Éireann or Expressway services. A KPMG study of our student and young adult passengers showed that 83 per cent regard us as an essential service, and two-thirds say that we positively influence their lives.”