Bolt’s new feature will give people the opportunity to earn an additional monthly income by renting out their car through its app, as the cost-of-living continues to rise across Europe. 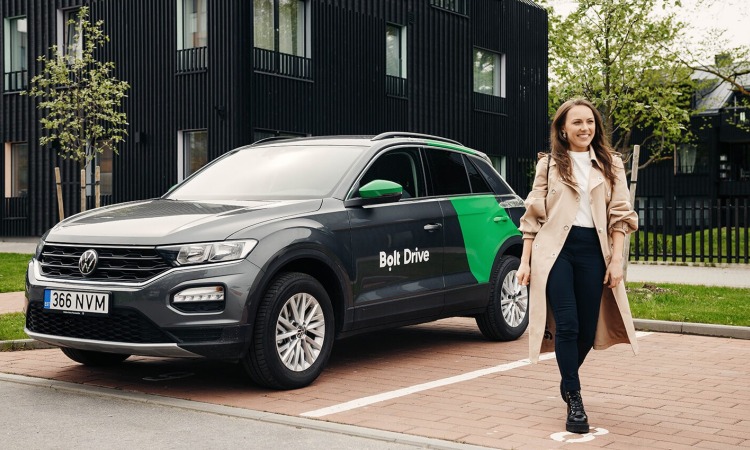 Bolt has announced that it will be launching a new feature which will allow people to rent out their car on the mobility app and earn a guaranteed monthly income.

The ‘share your car’ feature will be available via Bolt Drive, the company’s car-sharing product, which had been launched in 2021 during the pandemic and is currently live in Estonia and Latvia, with expansion plans to other European countries before the end of 2022.

At a time when the cost-of-living is rising across Europe, users of the ‘share your car’ feature could earn €112 to over €1000 in additional income every month depending on the car’s make, model and mileage and the length of the rental period.

The launch of the new feature comes days after Eurostat, the statistical office of the European Union (EU), reported that annual inflation is up to a record high of 10.7 per cent across the EU. In Bolt’s home country of Estonia, where the ‘share your car’ feature is currently being piloted, annual inflation hit 22.4 per cent for October 2022 – the highest in Europe.

Markus Villig, Bolt Founder and CEO, said: “There are many people who use their cars once or twice a week – this means that their car stands idle 95 per cent of the time. By using our new ‘share your car’ feature, car owners can earn extra income when they are not using their car as well as improve the number of available shared cars without introducing new vehicles to the city. This has two main benefits – more money in people’s pockets at a time when living costs are rising dramatically, and a better urban environment with less private cars on the street.”

Vehicles shared on Bolt Drive app will receive full damage coverage for the entire period that the car is rented. In order to protect the cars even further, the vehicles will only be rented out to experienced drivers who are more than 25 years old and have held a driving licence for at least 2 years. Bolt will also monitor vehicle speed and issue warnings to users that exceed speed limits while renting a vehicle.

Bolt Drive will provide rented cars with a free GPS tracker and will cover all the operational expenses, including re-fuelling and cleaning. To make sure the cars remain in good technical condition, Bolt representatives will perform weekly vehicle check-ups.

Bolt has launched a pilot of the ‘share your car’ feature in Tallinn, Estonia, and hopes to introduce the feature to other markets in the next year.