Chennai Metro Rail’s new technology will allow its customers to make contactless payments by simply scanning QR codes that are displayed at the station – no longer having to worry about purchasing a paper ticket. 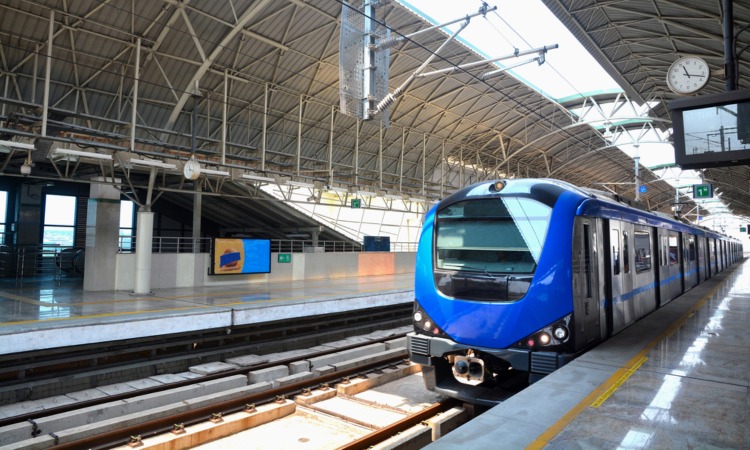 Chennai Metro Rail (CMRL) has announced that it has introduced a new contactless QR ticketing system – ‘No more Q, only QR’. As part of the new system, passengers only need to scan the QR code that is displayed at the station. Scanning the QR code will direct the passenger to CMRL’s ticketing page where they can select their desired destination, as well as choose a payment method.

All the digital payment options such as UPI, net banking, credit/debit banking, etc., are available for payment of the fare. In Android mobile phones, if UPI is selected, the phone will list out all the UPI apps that are installed on the device. Passengers may select any one of them and only need to enter their security pin to proceed.

QR tickets are automatically generated and downloaded to mobile devices. Currently 20 per cent discount is available on the mobile QR ticket.

The new QR code ticketing feature has been launched by Thiru. M.A. Siddique, I.A.S., Principal Secretary / Managing Director of Chennai Metro Rail Limited on 3 August 2022 at Koyambedu Metro Station. Rajesh Chaturvedi, Director – Systems and Operations along with Senior Officials and staff of CMRL were present during the occasion.

This news follows CMRL’s announcement that it recorded 53,17,000 passengers to have travelled using the metro in July 2022, with 27 July recording the highest passenger flow for the month, with a total of 1,97,307 riders.