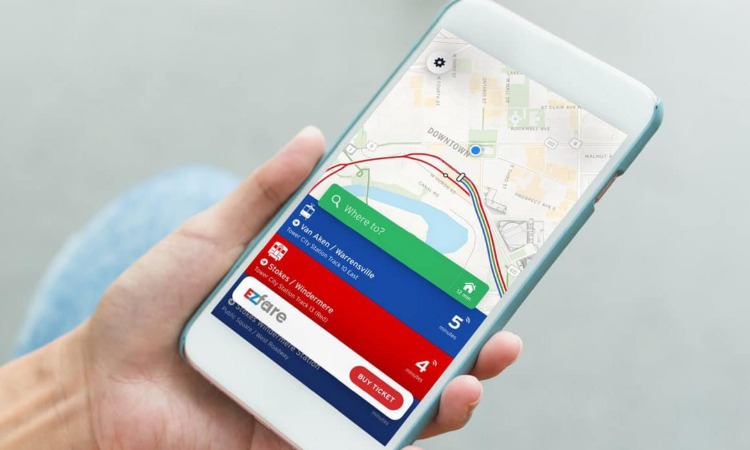 Transit with EZfare will launch on 12 June 2022 and will replace the transit agency’s existing RTA CLE app – becoming Greater Cleveland RTA’s official app for purchasing fare media. Tickets will also be available in the EZfare app and through Uber or Moovit, allowing customers to purchase fares anytime, anywhere with just a few taps on their smartphone – making riding public transit in Cleveland, and across Ohio, easier and more convenient.

Powered by Masabi, this new solution includes local transit agencies adjacent to Cleveland, such as Laketran, PARTA, SARTA, METRO and Medina County Public Transit (MCPT), meaning that riders can conveniently use one app to buy tickets and travel across these agencies. All agencies are members of NEORide, a tri-state council of governments – comprising of 19 transit systems from across the states of Michigan, Ohio and Kentucky – dedicated to the development and promotion of regional public transportation services.

Riders who prefer to use cash will also be able to visit any of the agency’s customer service centres at Tower City to add funds to their EZfare or Transit accounts, which can then be used to buy fare media in the apps when needed.

In addition, Greater Cleveland RTA will install electronic validators on its HealthLine vehicles, which will enable riders to simply scan their fare from their smartphone device when boarding, simplifying the process and removing unnecessary dwell time. Over the next several months, it will continue installing validators on the rest of its bus and train fleets.

“The reality of modern transit is that we need to create offerings which reflect our customers’ needs. Regional travel can quickly lose its allure when several tickets and passes across multiple agencies are involved – EZfare solves this, consolidating unnecessary extra steps into one ticket in the Transit app to travel across three states,” said India Birdsong, General Manager and CEO of Greater Cleveland RTA. “We are thrilled to use technology to improve customer experience and fare equity as we continue our efforts to connect the community.”