Posted: 5 May 2022 | Intelligent Transport | No comments yet 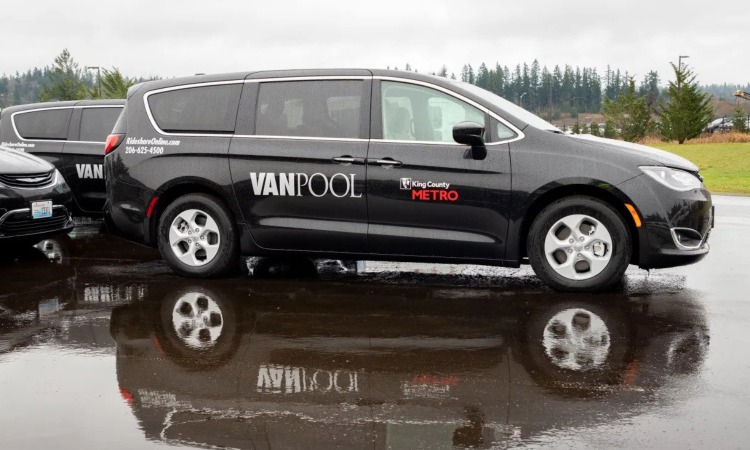 King County Metro has announced that its popular vanpool programme has taken another step toward making vanpools more accessible and affordable, with the launch of a new pilot programme offering a reduced monthly fare. The programme is available for low-income residents and commuters in Kent and started on 1 May 2022.

Commuters who work or live in Kent and make $25 or less per hour are eligible for the new monthly fare of $49 – which includes the van, gas, maintenance and insurance – with Metro paying the difference for up to two years. The vanpool programme allows for maximum flexibility for users and cuts down on traffic congestion by increasing ride-sharing in the area.

Pilot vanpool groups may start with three or more commuters, which should include at least two volunteer drivers, along with someone to complete the group’s monthly reports. On the other hand, commuters may join one of more than a dozen other Metro vanpools already ride-sharing to area employers.

All volunteer drivers must be approved and vetted via Metro’s vanpool team, and all participants must complete a registration form, programme application, as well as meet other requirements.

This vanpool pilot has been developed as part of the 2018 Renton Kent Auburn Mobility Project (RKAAMP), which also brought Metro’s on-demand service Ride Pingo to transit in 2022. Metro’s outreach to residents, employers, and community-based organisations indicated a high need for transit access to swing and night shift work at distribution centres in the Kent Valley. Many jobs act as primary workforce entry-points for immigrant and refugee populations in the Kent East Hill neighbourhoods.

Metro’s Mobility Framework – which helps the agency adapt to the changing transportation landscape in an equitable and sustainable way – identified certain core Kent neighbourhoods as areas of opportunity as traditional bus routes and rail were not good solutions for workers there, coupled with a high need for affordable public transit. Thus, vanpool affordability was proposed as a solution to fill this gap.