Posted: 4 May 2022 | Intelligent Transport | No comments yet

The three new electric buses provide service on two bus routes along the Ponce de Leon Avenue corridor between Midtown and the Poncey-Highland neighbourhood in Atlanta. 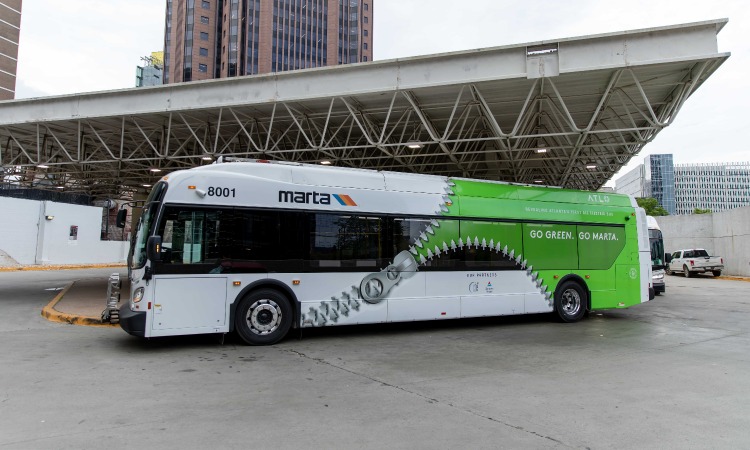 The Metropolitan Atlanta Rapid Transit Authority (MARTA) has announced that it has launched its first electric buses on 1 May 2022. With support from the Federal Transit Administration (FTA), and partners New Flyer, Siemens, and the Center for Transportation and the Environment (CTE), MARTA has placed three electric buses into service on Routes 2 and 102.

Both Routes 2 and 102 run out of North Avenue station, and together provide service to the Ponce de Leon Avenue corridor between Midtown and the Poncey-Highland neighbourhood while connecting to Ponce City Market and the Beltline east side trail.

“Electric buses are ideal for routes that travel through dense urban corridors like the 2 and 102 – leaving no noise or emissions in their wake,” said MARTA Interim General Manager and CEO Collie Greenwood. “Our goal is to continue adding electric buses to the fleet to help combat climate change and reduce the public health impacts from air pollution, especially in our most vulnerable populations.”

In 2019, MARTA was awarded a $2.6 million FTA Low/No Emission Bus Grant to support the purchase of six electric buses and the necessary charging infrastructure. The buses will replace the 2005 diesel buses and will reduce MARTA’s fleet emissions by approximately 935 short tonnes of greenhouse gases, while also reducing harmful fine particle matter that is linked to a variety of health issues.

MARTA’s remaining bus fleet is made up mostly of Compressed Natural Gas (CNG) buses that contribute to the authority’s shrinking carbon footprint, reducing emissions the equivalent of keeping over 370,000 cars off the road or powering almost 300,000 homes for one year.

In 2021, MARTA had been awarded the American Public Transportation Association (APTA) Gold Level for its Sustainability Commitment Program, recognising the authority’s ongoing commitment to sustainability initiatives that have a positive impact on the environment and the communities it serves.