For the first time since the Omicron wave hit New York City in December 2021, the Metropolitan Transportation Authority has announced that subway ridership has surpassed three million riders in one day. 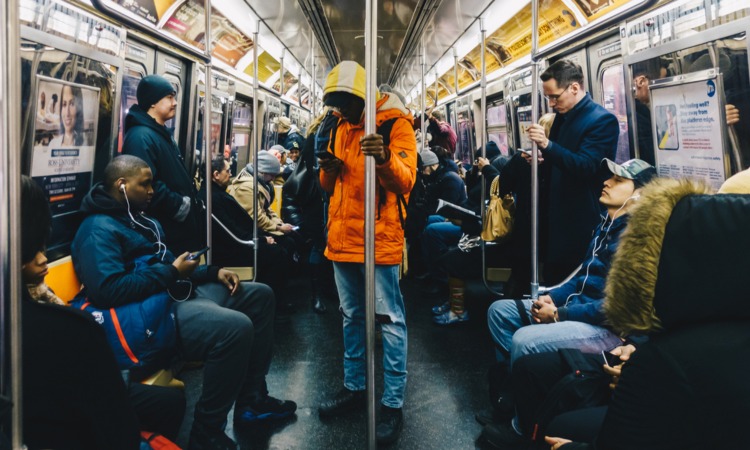 The ridership rebound comes after subway ridership hit a weekday Omicron low of 2,011,675 on 27 December 2021. Since then, mask compliance has improved to 95 per cent on subways and ridership has started to increase.

“Let this ridership record be a clear signal – New York is coming out of the Omicron surge, and we have numbers to prove it,” said Governor Kathy Hochul. “On behalf of all New Yorkers, I say thank you to our transit workers who helped us to get through yet another wave of the pandemic by putting themselves on the frontline, so that the rest of us could travel safely.”

To further encourage ridership, MTA has launched a series of new fare pilot programmes that make fares more affordable, flexible and fair, including a cap on weekly fares through the authority’s contactless payment system, OMNY, with the ‘Lucky 13’ feature – making every additional ride on subways or buses free for the rest of that week, starting with the 13th ride of each week.

“We’ve come flying back from the Omicron surge. New Yorkers are ready to ride,” said MTA’s Chair and CEO, Janno Lieber. “The principal demonstration of that is that the level of ridership during the off-peak times have always been pretty high. New Yorkers are coming out of Omicron, they’re coming back to transit and now they are going to have the benefit of some really attractive new fare promotions.”

MTA has undertaken unprecedented cleaning and disinfecting protocols in the year since the pandemic began in 2020, to ensure that the system is as safe as possible for its customers. The authority has also rolled out public education campaigns and issued millions of masks to its customers.

Prior to the pandemic, average weekday ridership totals routinely exceeded 5.5 million in the subway system, which fell by 95 per cent to a low of roughly 300,000 daily trips in April 2020, as the number of COVID-19 cases peaked in the New York City area.