Urban-Air Port has formed a partnership with West Midlands Police to build public awareness on the benefits of drone technology for use in emergency operations, such as further reducing response times. 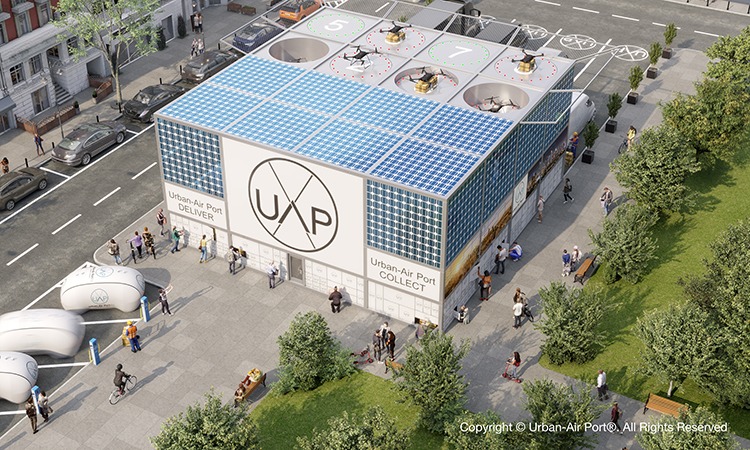 As part of the launch of the world’s first operational Urban-Air Port for Advanced Air Mobility (AAM) in Coventry – taking place on 25 April 2022 – Urban-Air Port Ltd (UAP) has announced that it is working with the West Midlands Police (WMP) Drone Team to provide a public demonstration of unmanned aerial vehicles (UAVs).

The simulation will showcase the technological innovations of Air One as infrastructure for take-off and landing and to build public awareness on the benefits of drone technology for use in emergency operations. WMP will also be providing specialist knowledge and expertise as part of UAP’s development of its concept of operations (ConOps) – the blueprint for the successful running of the vertiport.

With 3,450 flights having taken place across the skies of the West Midlands, 2021 was a busy year for the drone team. Drones offer a zero-emission alternative to helicopter pursuits and, when urgent support is requested, can reach all areas of the region within minutes. By introducing UAP’s network of sustainable infrastructure, the aim is to further reduce both response times and carbon emissions.

Another key focus of the Air One event is community engagement with schools, universities and the general public. UAP and the WMP Drone Team will be on-site at Air One to inform and educate on the many questions that the general public may have.

“It’s a great privilege to be working with West Midlands Police to enhance the safety of our communities and set new benchmarks in how, through the use of technology, we can provide greater security via quicker response times with zero emissions. Growing up in Birmingham as a child, I’m delighted to be able to support West Midlands Police’s heroic efforts in keeping us safe and deploying Air One as a Disaster Emergency Management & Security hub for their demonstrations – which is a model that we hope to replicate across the country as we enter a net-zero age,” said Ricky Sandhu, Founder and Executive Chairman of Urban-Air Port.

Assistant Chief Constable of West Midlands Police, Mike O’Hara, said: “It’s an exciting time for the development of police use of drones. As a force, we receive over 2,000 emergency calls a day, so the possibility of using drones to innovate the emergency service sector is endless. Urban-Air Port will allow us to explore, showcase and implement what the future holds for policing the sky.”