Spin has celebrated the one year anniversary of operating its e-scooter trial in Essex, South East England, which has made a significant effort to include vulnerable road users’ feedback in the service design. 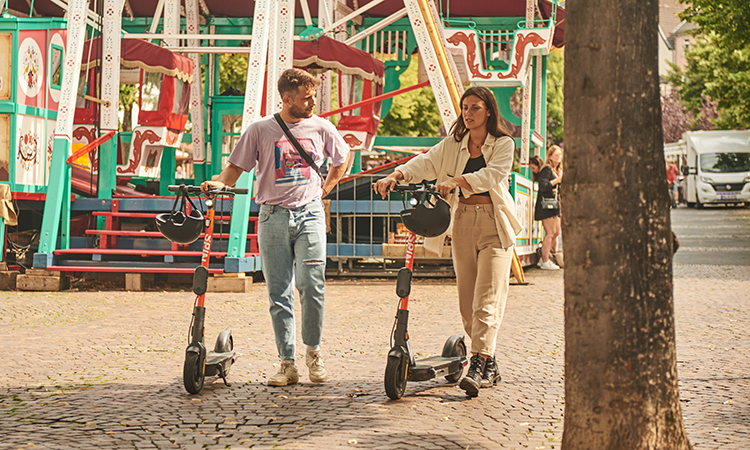 On 20 January 2022, the micro-mobility unit of Ford Motor Company, Spin, celebrated its one-year anniversary of public hire e-scooter trials across Essex, as well as passing the 600,000-ride milestone in the county. Through Spin’s Everyday Heroes’ programme – which has been extended to 2022 – free rides have been provided to more than 1,000 NHS workers.

Furthermore, half-price rides have been provided to more than 400 students studying at the University of Essex, Anglia Ruskin University and Writtle University College, as well as nearly 100 low-income individuals via the Spin Access programme. E-scooters in Essex are primarily used for short journeys, with an average of 1.8 miles and for the duration of 23 minutes.

One of the trial’s key objectives has been to include vulnerable road users’ feedback in the service design and, to achieve this, Spin and Essex County Council, along with 15 local accessibility groups, have formed the Essex E-Scooter Trial Access Stakeholder Group. Bringing together non-profit organisations – such as the Thomas Pocklington Trust and the Royal Association for Deaf people – they have addressed concerns such as inappropriate e-scooter parking and anti-social behaviour.

Steve Pyer, UK General Manager at Spin, said, “We are excited to see the rapid rate of Essex residents adopting this greener, faster alternative to car travel – it’s clear that e-scooters have become an integral part of the local transport eco-systems for many. E-scooters are a crucial mode of transport to help to keep UK cities moving, especially during times when we may want to keep more social distance. We will continue to work closely with the local authorities and various stakeholder groups to ensure continued success of the trials.”

As part of Spin’s commitment to safe riding, it has trained several members of its team as sensory champions via the Sensory Action Alliance, to provide greater knowledge to its operations teams for better safety measures, and organised 26 free in-person safe riding training events in Essex, in which more than 800 members of the public have participated. It has also handed out 1,500 complimentary helmets to its Essex riders since its launch.

The company has worked closely with the UK’s road safety organisation, the Royal Society for the Prevention of Accidents (RoSPA), to understand general road users’ concerns of private and public e-scooters, which prompted an e-scooter safety roundtable discussion in Autumn 2021.

This anniversary follows the recent announcement of the extension of Spin’s e-scooter hire scheme in Essex until November 2022, as part of the Department for Transport (DfT) trials. The company continues to operate a different model in Brentwood and Braintree, where customers can hire an e-scooter long-term, on a monthly basis, whilst also considering launching short-term hire, similar to that in its other Essex markets.